To grant a Petition for Factual Innocence under Penal Code § 851.8, a judge must find that “no person of ordinary care and prudence [would] believe or conscientiously entertain an honest and strong suspicion that [Petitioner] was guilty” People v. Adair (2003) 29 Cal.4th 895, 907, 129 Cal. Rptr. 799.  It is a tough standard because an honest and strong suspicion is usually the reason the police made a stop or contacted someone to begin with, after all.

With this in mind, no doubt, one court has that the burden for demonstrating factual innocence is “incredibly high” because petitioner must show there is “no doubt whatsoever” that petitioner committed the offense at issue.

This was so in the case of People v. XYZ (2013) 213 Cal. App. 4th 1449.  Mr. XYZ (whose name we remove out of respect for him and his reputation) was arrested, and charged with continuous sexual abuse of a child in violation of Penal Code § 285.5.  At the preliminary hearing, the judge dismissed the case because he determined that the credibility of the “alleged victim,” now 15, was terrible.  He pointed to inconsistencies in her testimony and was apparently influenced by her admission that she did not know anything had even happened to her until she watched a few episodes of “Law and Order” and learned about the crime. 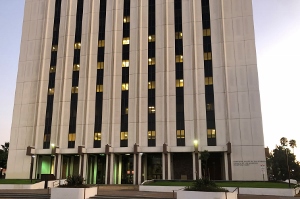 Mr. XYZ then filed a Petition for Petition for Factual Innocence under Penal Code § 851.8(c).  XYZ argued that because the court had found no probable cause to hold him to answer after the preliminary hearing, there was no “reasonable cause” within the meaning of section 851.8 to believe he had committed the charged offense.

The judge denied the petition.  The court stating that the standard was “incredibly high.”

In our case, our client had been driving home from a bar in Korea Town.  It was about 2:00 a.m. He was coming down the 110 Freeway, heading towards his home in Redondo Beach.  As he went from the southbound 110 Freeway to the northbound 405, his car ran out of gas.  The client then coasted to a stop, parking his car along the transition ramp.

He frantically called a few friends to come to help him, but no one answered.  He consequently got out of the car and walked to the northbound 405 and then to the first off ramp.  He was looking to buy some gas.  Nothing was open.  He knew that he had been drinking, so he really wanted to avoid calling 911 for help.

However, he was reaching the point of having no alternative but to do so.  He walked back to the car and drank some water.  He sat in the car, but then realized that other drivers, who might be drunk, could easily run into him along the parking lane on the transition ramp.

He thus got out of the car and sat about 50 feet from the car, continuing to feverishly text his friends and call them.  At some point, a CHP officer arrived and asked our client why he was parked on the side of the freeway.  Our client sheepishly explained that he had run out of gas.

The officer claimed on the CHP report that he then noticed the odor of alcohol and asked our client if he had been drinking that evening.

Once at the CHP station, which was less than a mile away, the client submitted to a breath test.  His breath alcohol content was measured at 0.09% blood alcohol content.  He was then cited for DUI and given a court date.  He also was held at the station for several hours to allow his body to metabolize the alcohol to a lower level so he could drive home without being impaired.

The client then came to Greg Hill & Associates, fearful of the license suspension and a conviction for DUI.  Greg listened to the facts of the case and zeroed in on the time of driving as the big issue.  Greg explained to the client that unless the last time of a suspect’s driving is known, the breath test is legally irrelevant.

Greg then filed a Petition for Factual Innocence for our client, on the same grounds.  The judge in Compton took eight months to rule on the petition, but did ultimately grant the petition.

The client was extremely happy, as this order included an order for the CHP to seal and destroy their CHP report.