Our client was returning home from being at a bar in Artesia. She was hanging out with friends from her college days fifteen years earlier. Our client was 34 and relished catching up with her friends.

Unfortunately, she enjoyed herself a little too much. She was normally an extremely responsible drinker, as she had an active social life, but no criminal history. She was a licensed healthcare professional and had been working for the same employer, a residential care facility for the elderly, for nearly ten years. She was stability personified.

On the evening at issue, she was returning home at approximately 2:15 a.m. She was driving west on the I-91 Freeway, enjoying the music on the radio. She believed she was carefully keeping her speed at the speed limit. A CHP officer, however, believed otherwise and decided to stop our client.

As our client was approaching the interchange with the I-110 Freeway, she saw the flashing lights of a police car in her lane behind her in her rear view mirror. The lights were quite far away, so the client put on her turn signal to make a lane change to her right and allow the police car to pass by. After the client did this, the CHP officer did the same thing, while approaching closer.

Our client realized that the flashing lights were intended for her and no one else. She made two more lane changes to the right and pulled off the freeway at the Figueroa exit. She reluctantly pulled over at the first cross street to Figueroa, bracing herself for a rude CHP officer and an accusation of some sort.

The CHP officer’s first question to our client was, “Have you been drinking this evening?” It was not, “Are you aware that you were speeding?” or any other question relating to the reason for the stop. Our client recognized the “guilty until proven innocent” approach being taken by the police officer, but wisely decided to keep her observation to herself.

The officer had our client perform field sobriety tests in her four-inch high heel shoes, despite our client asking to change into running shoes she had in her front seat. The officer seemed to enjoy “the show.” After fifteen minutes, he had our client blow into a Preliminary Alcohol Screening (PAS) device, which measured our client’s blood alcohol content (BAC) at 0.08%. In contrast to most CHP reports, the CHP signed the certification of the test results.

The client was immediately arrested and taken to the Lynwood Facility for women in Compton. At the station, about one hour and fifteen minutes later, her BAC was again measured by a breath alcohol test at 0.11%.

She was released about two hours later to her parents.

Within twenty-four hours, the client called Greg Hill & Associates. She met with Greg Hill on a Sunday afternoon at Greg Hill & Associates. Greg immediately recognized the “rising BAC” issue that the two breath tests suggested. However, the client had been driving for over 30 minutes before being stopped and the officer had properly followed the fifteen minutes of continuous observation requirement that the PAS device manufacturer recommends and California Code § 1219.3 requires. Thus, at least 45 minutes had passed since the hypothetical last time when our client could have consumed alcohol.

Therefore, the factual pattern necessary for a rising BAC defense was not present. The client had not consumed alcohol within 20 minutes of her first breath test, only to have her body continue to absorb alcohol before the next test. Moreover, the 75 minute lapse between the PAS test and the breath test given at the Lynwood station was long enough for the client’s BAC to actually drop back down below 0.08%, even it was rising at the time of the PAS test. 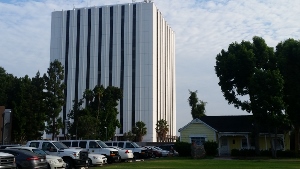 However, since the MVARS tape did not seem to show our client speeding at all, which the District Attorney realized was enough to create reasonable doubt in at least one juror. This was sufficient for the prosecution to support such a plea bargain, which our client gladly agreed to in order to avoid the ignition interlock device (IID) requirement that a DUI conviction otherwise necessarily causes from the DMV.

The terms of the plea bargain included thirty-six months of summary probation, with a fine of $240 (credit $30 for her one day in custody), plus penalties and assessments (total of about $1,000) and an obligation to complete the 12-hour SB1176 DUI program. This was a savings of about $800 in court fees and fines, plus about $400 in the DUI program, which made our client grateful.

For more information about the issues in this case, please click on the following articles: