Our client was returning from work in Anaheim to home in Redondo Beach after having a few beers with co-workers. He was 23 years old and in his first job after graduating from college.

As he was driving north on the 405 Freeway passing Main Street near the Home Depot Center, a CHP officer focused in on our client’s car. The CHP officer thought our client’s car was speeding and swerving within his lane. Once the officer turned on his overhead flashing lights, our client turned northbound on the I-110, which he thought would allow him to pull over to the side of the road more quickly.

Synopsis:  First-time DUI client pulled over for speeding on the 405, has a 0.19% BAC, case filed in Compton Superior Court, case resolved for three-month DUI class and minimum DUI terms.

Since our client was not from the area, this choice to turn north on the 110 was a mistake. The transition from the northbound 405 Freeway to the northbound110 Freeway caused our client to enter the 110 in the far left lanes, rather than the far right lanes as he expected. Thus, it took a while for the client to change multiple lanes to the right and exit the freeway in response to the CHP officer to his rear.

The client exited at Rosecrans Avenue, which is the first standard street exit, but perhaps two whole miles past the 405/110 interchange. The CHP officers were very upset with our client by the delay he caused in the traffic stop by the time they were able to speak to him.

The client was immediately asked to give a breath sample in the preliminary alcohol screening (PAS) test device, well before the officers observed him for a full uninterrupted fifteen minutes as required under § 1219.3 of Title 17 and Sandra Molenda v. DMV (2009, 6th App. Dist.) 172 Cal.App.4th 974. They then had him perform the Horizontal Gaze Nystagmus (HGN) test while sitting down on the roadside curb, which violates the recommended testing protocol taught to all CHP officer under National Highway Traffic Safety Administration (NHTSA) guidelines.

The client was then forced through the walk-the-line test, where he was noted only to step off the line one time. This is a pass under NHTSA guidelines, but the CHP officers deemed it a failure. Our client was then arrested and transported to the CHP station on Figueroa Avenue just off the 110 Freeway at Torrance Boulevard.

Once at the station, our client submitted to a breath test after being properly observed for a continuous fifteen minutes. His breath’s blood alcohol content (BAC) was 0.19%.

Once released, the client retained Greg Hill & Associates and discussed his case with Greg Hill. Greg explained that he would be eager to look at the Mobile Video Audio Recording System (MVARS) tape, also known as a “Dash Cam,” that all CHP officers used in their cars.

Greg also explained that weaving within one’s lane could be a legal basis for making a traffic stop if the weaving was “pronounced,” as required under People v. Perez (1985) 221 Cal.Rptr. 776, 778, but most police officers fail to describe this and in fact, most MVARS tape footage helps our clients because in fact our client was not weaving as alleged. 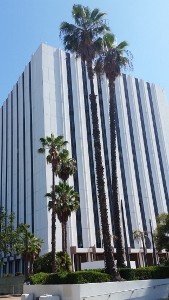 In light of this, and Greg’s discussion of filing a Motion to Suppress Evidence to throw out the breath alcohol measurements (and thus dismiss the case), the District Attorney offered to reduce the length of the DUI program from the nine-month program to a three month program. The remainder of the plea bargain offered was the minimum fine of $390, plus penalties and assessments, as well as thirty-six months of summary probation.

The prosecutor then stated that if Greg brought the motion and it was denied, the nine month program would be part of the offer and the fine amount would increase to $500.

Greg then presented the offer to the client, explaining that while the MVARS certainly did rebut the officer’s claims for the traffic stop reasons, Greg’s experience with filing such motions to suppress is that officers will almost always testify that they observed other things that are not seen on the MVARS or described on the police report. This is because the MVARS tape records only for the 30 seconds before the officer’s overhead lights begin to the time of the traffic stop.

Greg explained further that the officer will often testify to events that supposedly took place before the MVARS recording begins. The client understood these risks and decided to “lock in” or preserve the offer of the three month DUI program and minimal fees. He was happy that the District Attorney recognized the risks as Greg explained them and had negotiated a lower plea bargain based on the facts.

For more information about the issues in this case summary, please click on the following articles: