This prison is located in Riverside County.  It is medium level (Level II) facility housing about 3,400 inmates.  It is supposed to be a rehabilitation prison, especially for narcotics offenders, but because of the overcrowding of other state prisons, the purpose of the prison has become less focused over time. 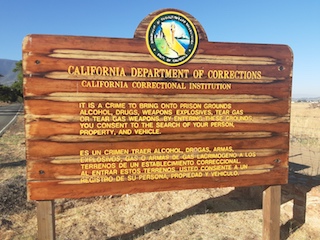 CA Correctional Institution
The prison has a rather interesting history, as its buildings first opened as a hotel for the rich and famous from Hollywood, but then transformed into a Navy hospital between 1941 and 1957, before becoming a prison as it is today.  The first inmates arrived in 1963.  The facility has a colorful history as a prison, too, as Governor Arnold Schwarzenegger visited the prison and gave a speech there in 2007 citing its terrible overcrowding, ultimately leading to AB109 and less crowded prisons.
The prison at one time was rumored to be in such bad shape that whenever it rained, the prison would turn off its electricity to prevent inmates from being electrocuted.