Our client, a twenty-six-year-old medical doctor from India, went into the Lakewood Costco to buy some items.  While actually buying various items, she did not buy four bras or two blouses worth a total of $74.90.  She kept those items in her large purse. 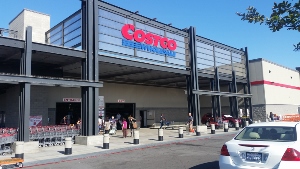 Loss prevention had watched her place the bras and the blouses in her large purse, but sensed they would not be taken out when she paid for the other items in her cart.  They were correct and detained her as she attempted to leave the store to go to her car.

In a Nutshell:  Client, a medical doctor from India here in the U.S. on a student visa, shoplifts $74.90 from the Lakewood Costco.  The case is filed in Bellflower Superior Court.  Case resolved with DA diversion with a delayed entry of plea to avoid immigration consequences.

Our client quickly understood the gravity of the situation and confessed immediately, not trying to pay or try to offer an excuse of “I forgot they were in my purse.”  She also understood that her student visa was in jeopardy.  She was taking master level courses at Cal State Long Beach and had recently been awarded an internship.  She had only been to the United States for one year and would return to India after being awarded her degree.

The client understood how much was at stake and ashamed of herself.  She even admitted to loss prevention at Costco that she had stolen other items from their store in the past.

The client and her husband, also on a student visa, came to Greg Hill & Associates and met with Greg.  The doctor explained what had happened and her immigration concerns, especially the humiliation she would face in returning to India and having to explain why her student visa was not renewed and she had not earned her degree.

Greg suggested that the client take an online shoplifting prevention course as soon as possible to show, once Greg went to court and could present this to the prosecutor, that the client was taking steps to make sure she did not repeat such conduct.  Greg also asked for a photocopy of her degree from India, as well as proof she was here on a student visa and that she was enrolled at Cal State Long Beach.

The client provided these items just before Greg went to court for the arraignment.  The prosecutor’s offer was that our client plead “no contest” to a violation of Penal Code § 484(a), petty theft, and be placed on three years of summary probation, perform ten days of community labor, pay a $150 fine to the court plus penalties and assessments (total is about $750) and stay out of all Costcos.

Greg then explained to the young prosecutor that the client was eligible for judicial diversion under Penal Code §§ 1001.94 – 1001.98 and asked what terms she would request if judicial diversion were imposed by the judge.  The prosecutor replied a $150 fine, plus penalties and assessments, plus a stay away order.

Greg next explained that due to immigration concerns, our client requested a delayed entry of plea so that she would not suffer a conviction.  The district attorney explained that this was not something she could offer, especially because our client had volunteered to loss prevention that she had shoplifted other times from Costco.

Greg therefore prepared a Defense Position Letter, with a mitigation packet, and submitted it to the head district attorney at the Bellflower courthouse.  Greg then met with the head prosecutor and requested DA diversion under Penal Code § 1001.51, a seldom-used provision.

The head DA, after an hour long meeting, agreed to such diversion.  Under this code section, the client was placed on two years of court diversion without having to enter a “no contest” or guilty plea, as she otherwise would have to do in the two earlier plea bargains suggested.  Under 1001.51, her visa would not be affected and she could finish her master’s program and then return to India.

The terms of the DA diversion were only that she enroll in and complete a shoplifting prevention course, which she already did, and perform 40 hours of community service.  The client and her husband were relieved that their plans would not be ruined, or even affected, by the doctor’s lapse of judgment.

For more information about shoplifting and immigration issues, please click on the following articles:
Contact us.
Serving Torrance, Long Beach, Compton, Airport Courthouses and Other Courthouses.