Our client was in town for a business convention.  He was staying in a hotel near Disneyland and had spent a day in seminars for his profession.

While he regarded the seminar as helpful, but somewhat tedious, he enjoyed the camaraderie after the seminars stopped.  This one night, he and a few friends migrated to the local chain Mexican restaurant within walking distance of the hotel.

Condensed Version of This Case: Anaheim police arrest our client for felony vandalism of a hotel room flat-screen TV and public intoxication after he vomits in a hotel bar.  Client in town for work-related convention.  Client, age 42, pays hotel for replacement television.  Case a DA reject in Fullerton Superior Court.

Since the group was all staying at the hotel and had no need to drive, they reminded each other that they ought to enjoy a few margaritas.  Many were on a weekend away from their wives and family, so they felt a certain freedom to relive college days.

The group downed several pitchers of margaritas and ate many appetizers.  They agreed that the night was memorable and decided to return to their hotel nearby.

Our client, however, was feeling especially energetic, so he went to the hotel’s bar for even more drinks.  He eventually passed out at the bar, only to be awoken by the hotel employees.  He then vomited a large quantity and apologized profusely.

The hotel staff politely ushered him up to his room, encouraging him to get some sleep.  However, our client felt significantly better after vomiting and decided to watch television.

The remote control in his room did not work, making him frustrated.  In response, he hurled the remote at the flat screen television, knocking if off its mounting and causing it to shatter into several pieces on the floor.

Someone called the police upon hearing the commotion.  The Anaheim Police Department responded and arrested our client for public intoxication (Penal Code § 647(b)) and felony vandalism (Penal Code § 594), as the television was valued at more than $400. 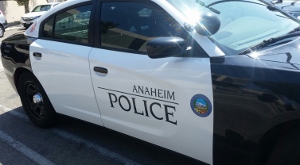 Anaheim Police Cruiser
The client, age 42, then spent the night in jail.  When he was released in the morning, he immediately apologized to the hotel staff and had them charge his credit card $700 more than the hotel bill, as payment for a replacement flat screen television.

He then returned home with a Notice to Appear in court in the Fullerton Superior Court about a month later on charges of felony vandalism and public intoxication.

He immediately called Greg Hill & Associates once he settled down over the shock and realization that a conviction, even for a misdemeanor, would hurt his future employment and his state license as a fire inspector.

Greg listened to the client explain his situation and recommended that he attend fifteen Alcoholics Anonymous (AA) meetings prior to the first court appearance.  Greg also recommended that he write a short letter of apology to the hotel, just in case the prosecutor wanted to discuss the matter with the hotel.

The client followed Greg’s advice “to the T.”

On the day of the arraignment, Greg appeared at the courthouse to find that the client’s name was not listed on the list of criminal cases to be heard that day.  Greg therefore inquired about the matter at the criminal clerk’s office, who directed Greg to the Anaheim City Attorney’s office.

Greg then went upstairs to their office to verify that no case had yet been filed.  One of the attorneys from their office greeted Greg.  Greg briefly explained that he had not seen any listing for the client’s case and the City Attorney confirmed that the matter was still being considered for filing.

Two weeks later, our client received a letter from the Anaheim City Attorney’s office advising him that his case had been rejected for filing.  The client was thankful that Greg had recommended he attend 15 AA meetings, had requested he write a short letter of apology and had asked for his resume, as it appeared to make the difference between a criminal filing and a conviction on one hand, and no case at all.