While many prostitution cases involve ambiguous offers of sex in exchange for money or a failure of our client to take a substantial step towards consummating an exchange of money (or drugs) for sex, this case lacked such qualities.  All elements of the crime were met in the brief conversation between our client and the decoy (an agreement to exchange money for sex) and our client’s parking his car in the hotel parking lot (a substantial step in furtherance of the agreement) and then proceeding up to the designated room was a substantial step.

Our client was extremely embarrassed and worried about the consequences of his lapse of judgment.  He was quite worried about losing his job as well as the extreme disappointment his new wife would have in him.

He called up Greg Hill & Associates and discussed the case facts with Greg Hill.  After hearing the case facts, Greg commented that the main focus in this case, assuming the police report does not reveal anything other than what the client described, would be “damage control” and getting the client the best plea bargain possible.

Greg then appeared in the East Los Angeles Superior Court on behalf of the client (the client did not need to appear in court) and negotiated a plea bargain with the Los Angeles City Attorney there wherein our client would complete the Prostitution Diversion Program (PDP), a one day program that cost $600, submit to an HIV and AIDS test and bring the results to Greg in a sealed envelope, along with the proof of having completed the program.

Greg then took the proof of the HIV and AIDS test and the PDP program completion certificate to the court and the District Attorney there agreed to dismiss the case in the interest of justice (Penal Code § 1385).

The client was pleased, as he believed his conduct left no doubt about his guilty and a conviction was a foregone conclusion.  Instead, the case was dismissed after our client “earned a dismissal.” 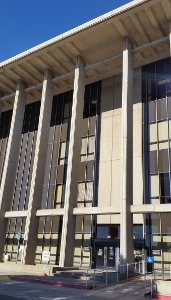 The client called our office about a week later, worried about what to expect and concerned that he might lose his job in the defense industry with a conviction for solicitation of prostitution.

Greg spoke with the client and listened to the client describe what happened.  Greg explained how such cases are often handled by prosecutors, but that as of January 1, 2015, there would be a new judicial diversion program available in Los Angeles County for most low-level misdemeanor offenses for folks who had no prior criminal history.  If the defendant completed the program, the case would be dismissed with no conviction.  It was a great opportunity for someone who had a lapse in judgment, like our client, to avoid the scar or stigma of a conviction.

Greg told the client that the goal in our client’s case would be to delay the case until into 2015 (about three months) and then to submit a brief to the judge to request such a program once it became available.

When Greg first appeared for the client, the initial offer made by the prosecutor was a $300 fine, plus penalties and assessments (about $1,400 total), completion of an AIDS Education class and testing, plus three years of informal, or summary, probation.  The problem with such an offer was our client would be convicted if he accepted such a plea bargain.

Greg continued the matter for three months and then submitted a motion for imposition of judicial diversion under Penal Code § 1001.94 to § 1001.98 (AB 2124).  The Alhambra Superior Court judge granted the motion and assigned the matter to judicial diversion upon condition that the client complete an AIDS Education program and test and perform five days of approved community service within one year.

When the client completes this, the case would be dismissed if the client stays out of trouble for the year.

The client accepted the deal, relieved to avoid a conviction for a misdemeanor, pleased to avoid almost $1,400 in fines and happy to earn a dismissal in a year.  He knew that with the dismissal, he would not face possible problems with his job and not have to face any embarrassing questions about what happened.