Home
Other Information
Criminal Defense Articles
What’s Spice and What Punishment for Its Possession or Sale?

What’s Spice and What Punishment for Its Possession or Sale?

The Point of This Article:  Spice is illegal.  It is marijuana with synthetic chemicals added to it for added effect.  It can be dangerous because of the chemicals added.  It can cause heart attacks and stroke.  It can be in liquid form in electronic cigarettes and very potent, or brewed into a tea.

It is smoked or a liquid form is placed in electronic cigarettes.  Some people make it into tea and drink it.  It can be spread by spraying it on marijuana that is then smoked.  It can cause blurred vision, a rapid heart rate, seizures, profuse sweating, nausea, panic attacks, headache, slurred speech, paranoia, psychotic episodes, hallucinations and heart attacks.
It is suspected that Spice was responsible for the 71 overdoses at the New Haven Green in 2018, a park just down the street from the world-renowned and prestigious Yale University in New Haven, Connecticut.  This incident sparked national attention on the nightly news.  Most of those who overdosed were homeless. 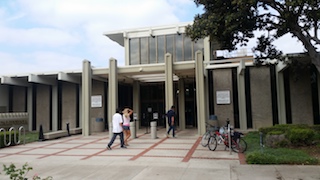 Westminster Courthouse
For years, Spice has been sold even in gas stations, smoke shops and over the Internet, often as “all natural marijuana.”  Some who read that it is “all natural” incorrectly believe it is safe or harmless.  Its most common brand names are, besides K2, are Skunk, Genie, Bliss, Kronic, Bombay Blue, Moon Rocks, Joker, Kush, Mojo, Black Mamba, Zohai, Fake Week and Yucatan Fire.
A Spice package looks similar to tobacco or marijuana and the product is often a mixture of red, brown and cream colors.  In local smoke shops, it is often marked as incense or potpourri, and may even have a label that says, “not for human consumption.”
Make no mistake about it, however, Spice has been designated a Level 1 illegal controlled substance by the Drug Enforcement Agency.  This is because it can cause dependency and addiction.  There can be uncomfortable withdrawal symptoms such as headaches, depression and irritability.
Possession, sale and distribution of Spice is a misdemeanor, now that the law has recently (2011) been amended to add Health and Safety Code § 11357.5.  Spice can involve a county jail sentence of up to six months and a fine of up to $1,000, plus penalties and assessments.
If a juvenile is found with Spice, as it is most popular among juveniles, it is possible for the juvenile to be placed on a drug diversion program lasting six months as long as the juvenile has no prior record and agrees to admit the charge.  The diversion program will certainly include drug education classes and most likely 40 to 100 hours of community service, keeping school grades up, good attendance at school and staying out of trouble.
If the juvenile has a prior criminal history, especially with drugs, diversion may not be possible and the individual may be placed at home on probation with severe liberty restrictions and significantly more community service.
Whether the person arrested is a juvenile or an adult, we recommend that the person immediately begin attending Narcotics Anonymous (NA) meetings and keep a record of such class attendance.  We recommend this not only because the person may learn something, but to help us negotiate more effectively.  If our client appears to be “taking ownership” of the problem by attending NA meetings, it would seem that less punishment is merited or less punishment fits, as compared to someone who does nothing.
We recommend this even though there may be a strong, solid legal issue as to an illegal search and seizure or an illegal traffic stop that resulted in the arrest.  Such issues are common in drug cases, however, resolution of such stops and searches often depends upon the “totality of the circumstances” and unfortunately, police officers often seem to recall more circumstances supporting their conduct than are described in the police report.