Home
Other Information
Criminal Defense Articles
What Is a Motion to Reclassify a Felony as a Misdemeanor?

What Is a Motion to Reclassify a Felony as a Misdemeanor?

In many cases where our client is charged with a felony, the client asks if there is a way to reduce the charges to a misdemeanor.  Our answer varies with what charges the client faces.

When the charge is a “wobbler,” meaning the same charge can be alleged as a felony violation or a misdemeanor violation, our answer to the client’s answer is yes, we can file a Motion to Reclassify the Felony Charge as a Misdemeanor.  The judge then rules on our request for the client.  Such a motion is made under Penal Code § 17(b).  Depending upon the stage of the case, there are different subdivisions under § 17(b) that apply. 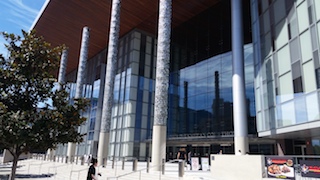 Long Beach Courthouse
What types of charges are subject to such a motion?  The most common one we see is Penal Code § 273.5, domestic violence.  We have also seen it apply to Penal Code § 12020, possession of a deadly weapon.
Under Penal Code § 17(b)(5), such a motion can be made early in the case, before a plea or sentencing.  One court explained its purpose being to “unburden” a judge from cases that were likely to result in no more than misdemeanor penalties, to expedite handling of such cases, encourage guilty pleas by defendants who could know in advance that no penalty could be imposed more severe than a jail sentence or a fine, and save time by eliminating preliminary hearings.

Another judge has described it as a “check and balance” on the “lock step” manner in which some charges are simply always charged as felonies, even though they can be filed as a misdemeanor, too.  It allows the court to take a “sober second look” at the facts to ensure that the charge fits the circumstances.  People v. Manning (1982) 133 Cal.App.3d 159, 183 Cal.Rptr. 727; People v. Superior Court (Alvarez) (1997) 14 Cal.4th 968, 976, 60 Cal.Rptr.2d 93.  It permits reclassification of a charge to prevent felony charges becoming the only type of charges certain defendants face.

It is important to note that reduction of a felony charge to a misdemeanor is not available for someone if they were sentenced to a prison term, even if suspended.

Most commonly, one can request reduction of a felony to a misdemeanor once probation has been completed, assuming the charge is also punishable as a misdemeanor, by simply checking a block on California Judicial Council Form CR-180, the form applicable to request expungement (relief under Penal Code § 1203.4).