Home
Other Information
Criminal Defense Articles
What Intent Is Required for Illegal Re-Entry to the U.S.?

What Intent Is Required for Illegal Re-Entry to the U.S.?

Just what this means was tested by the case of Omar Argueta-Rosales.  Mr. Rosales was born in Mexico in 1981.  He lived in Mexico until he was nine, at which time he moved to Los Angeles with his mother.  In 2006, an immigration judge ordered his removal. 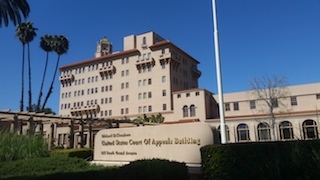 U.S. Ninth Circuit Court of Appeals Pasadena
After returning to Mexico, he began to abuse methamphetamine.  One day in November of 2013, he was beaten by gang members in Mexico.  In the days that followed, he allegedly became paranoid and began to worry for his life.  He allegedly started to believe people were following him.  He was living in the streets.
He then proceeded to try to cross the border because he wanted U.S. law enforcement to intervene because Mexican law enforcement refused to help him.  Allegedly in a state of panic and high on meth, he tried crossing the border about a mile and a half from San Ysidro.  He climbed over a 10-foot fence.  He then needed to climb over a 20 foot fence, but before he could do so, he was stopped.  The Border Patrol then arrested him.

When Argueta was arrested, Border Patrol officers noted Argueta appeared calm.  When arrested, he told officers, “you do what you got to do.”  About two hours later, officers interviewed him and he said his destination was Los Angeles.  When asked if he had fear of prosecution or torture if removed from the United States, a standard question, Argueta answered “yes.”  The agents did not follow up or ask for details.

At the end of the interview when asked if he had anything else to say, he became “delusional.”  He told the officers that the people in “the tank” in custody with him were the people at his house trying to kill him.

He was then charged with attempting to reenter the United States in violation of U.S.C. § 1326(a) and (b).  He was also charged with violating his probation.  Argueta’s attorney retained Dr. Bruce Yanofsky, who testified at trial that on the day Argueta climbed over the border fence, he was suffering from a substance-induced psychosis caused by heavy methamphetamine use.  He said Argueta was operating under a delusion that individuals were chasing him and trying to kill him.

At the end of the bench trial, the prosecution asked the judge to find that the elements of attempted illegal reentry under § 1326 were “(1) the defendant had the purpose, i.e. conscious desire, to reenter the United States without the express consent of the attorney general,” as well as other elements not at issue on appeal.

Argueta’s counsel argued that the government could not prove specific intent because the evidence showed he entered the U.S. to find protection by turning himself in to border patrol.  Argueta’s specific intent, in other words, was to “go into custody.”  In briefing to the trial courts, counsel argued that United States v. Lombera-Valdovinos (9th Cir., 2005) 429 F. 3d 927, 928 applied, wherein the Ninth Circuit held it was “impossible to convict a previously deported alien for attempted illegal reentry when his only intent is to be imprisoned.”

The district court judge rejected Argueta’s argument.  It held that the specific intent required instead was satisfied by Argueta vaulting the ten foot fence into United States and knowing that was wrong.  It disagreed that specific intent was negated by having the intent to enter into custody.

Argueta then appealed both judgment to the United States Court of Appeals for the Ninth Circuit.

Very quickly, the Court of Appeals held that Lombera-Valdovinos, cited above, controlled.  In Lombera-Valdovinos, the court held that it was “impossible to convict a previously deported alien for attempted illegal reentry… when he crosses the border with the intent only to be imprisoned… because attempted illegal reentry is a specific intent crime to… enter the country free of a final restraint.” Id., at 928.  It further found that the district court’s error, in applying the wrong legal standard, was not harmless.

The conviction of Argueta was thus vacated and the case was remanded (sent back to the trial court) for further proceedings.
The citation for the Ninth Circuit Court of Appeal ruling discussed above is United States. v. Omar Argueta-Rosales (9th Cir. 2016) 819 F.3d 1149.
For more information about immigration and re-entry into the United States, please click on the following articles:
Contact us.
Serving Torrance, Long Beach, Compton, Airport Courthouses and Other Courthouses.