Home
Other Information
Criminal Defense Articles
What Are Nonviolent Offenses under Proposition 57?

What Are Nonviolent Offenses under Proposition 57?

Proposition 57 was passed by a majority of California voters on November 8, 2016.  Generally speaking, it does three things.  It permits early parole consideration for certain people in state prison with nonviolent convictions.

Second, it gives the CDCR authority to award additional good conduct and program credits to prisoners in approved rehabilitative and educational programs.

Third, it eliminates the presumption that juveniles ages 14 to 17 who commit serious crimes will be prosecuted in adult court and instead gives judge (not DA’s) the power to decide when juvenile cases will be transferred to adult court.

While much is unclear about exactly which adult prisoners will benefit from this new law or when its provisions will be carried out, the text of the law states that it only applies to those convicted of “nonviolent” felony offenses. 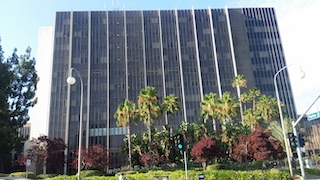 Santa Ana Courthouse
After all, there is some case law that suggests this is exactly what this does mean.  See People v. Arroyo (2016) 62 Cal.4th 589, 593 (“When the language is ambiguous, we refer to other indicia of the voters’ intent, particularly the analyses and arguments contained in the official ballot pamphlet.”).  The Arroyo case is significant insofar as the official ballot pamphlet contained an “Argument Against Proposition 57,” which pointed out the apparent absurdity of defining “nonviolent offenses” by simplistically concluding it meant any crime not listed under Penal Code § 667.5(c).  Thus, Arroyo seemingly makes what was seen as absurd the unambiguous “indicia of voters’ intent.”

Some people worry that the term “nonviolent felony offense” is too ambiguous to be enforceable or put into effect.  More importantly, since Proposition 57 is actually an amendment to the California Constitution, can a statute (Penal Code § 667.5(c)) define a constitutional term?  This would seem to violate the fundamental of separation of powers.  Separately, what if the legislature amends § 667.5(c), effectively amending the constitution?  Would this be allowed?  Would this then mean that a term of the proposition is stricken and the remainder of the proposition remains in full force and effect, meaning all inmates would be eligible for parole?

These rather important questions will be addressed by the forthcoming CDCR regulations in clarifying not only what are “nonviolent offenses,” but the procedures for defining what “parole consideration” means, what “full term” of the “primary offense” includes and excludes and what the length of parole would be under Prop 57.  Such CDCR regulations are eagerly awaited, especially by those currently in prison who stand to benefit and the families of such prisoners.

For more information about Prop 57, please click on the following articles:
Contact us.
Serving Torrance, Long Beach, Compton, Airport Courthouses and Other Courthouses.