Our client, age 23, was asleep with her one-month old baby girl and her three-year old daughter as well.  It was nearly 4:00 a.m. and she awoke to the front door slamming.

She got out of bed to tell her one-month’s old father to quiet down so as to not wake the children (the three-year old was from another man).  The one-month old’s father got angry and told our client not to lecture him on what he can and cannot do in his house.  He had been out all night drinking.

In a Nutshell:  Our client, the mother of a one-month old baby, allegedly committed battery on the father when he returned home at 4:00 a.m., drunk and loudly slamming the front door.  Case filed in Torrance Superior Court for misdemeanor domestic violence and resolved as disturbing the peace.

A loud argument then erupted, leading to the baby’s father grabbing the one-month old and vowing to leave with the newborn.  Our client reached out and hit the father while grabbing the baby back.
The ruckus was captured on a 911 call made to the police by the neighbor upstairs.  In the call, one can clearly hear our client yelling, “Don’t hurt my baby!  Don’t’ hurt my baby!”  The father of the baby then fought more to gain control of the newborn, leading to the baby being dropped to the ground.

Our client was extremely upset and therefore, drove with the baby to the hospital immediately.

The police came to the apartment and found the newborn’s father passed out and with a scratch to his chin from our client’s fingernail.  He tried to explain to the police that the couple was simply arguing and that neither was the aggressor, but the police believed he was the victim and our client the aggressor. 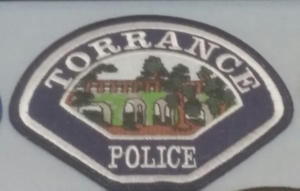 The client was later contacted by police at the hospital and arrested for domestic violence.  Her mom took the baby home, but she was later placed in a foster home along with her three year old sister.

Our client then posted a $20,000 bond and was released with a promise to appear in court in about four weeks.

About two weeks later, and two weeks prior to her arraignment, she contacted Greg Hill & Associates.  With her parents, she met with Greg and explained the situation.  Greg recognized the self-defense issue, or at least mutual combat issue.  He explained that self-defense can apply to defending a family member, too, as here.

Greg then wrote letters to the Torrance Police Department demanding the 911 call, as well as the police report and any other recorded statements.

Greg then appeared at the arraignment in the Torrance Superior Court, where the misdemeanor complaint against our client charged her with violations of Penal Code §§ 243(e)(1) and 242, battery upon someone with whom one has a romantic relationship, and simple battery.

Over several more court appearances, Greg eventually did get the 911 recording, which recorded our client yelling, “Don’t hurt my baby!”  However, it was unclear if the client’s excitement was simultaneous with her hitting the baby’s daddy.

Nevertheless, Greg prepared a Defense Position Letter with a mitigation packet, showing our client’s resume and awards from work, as well as pictures of her with her two children.  The letter also explained how a jury might find our client’s conduct was self-defense.  The letter also included proof that our client had already attended 25 batterer’s program classes to show she was serious about never letting such a situation happen again, even though she was not at fault.

Reluctantly and skeptically, the Torrance City Prosecutor responded by offering to resolve the case as a violation of Penal Code § 415(2), disturbing the peace.  Our client accepted the offer, which meant she still had to attend 27 more batterers classes.  She also had to make a $500 contribution to a batterers shelter (for victim of domestic violence) and pay $210 in court fees, as well as a $435 booking fee to the City of Torrance.

Our client was mostly happy to have the two charges of battery dismissed, which otherwise would have made regaining custody of her children difficult, if not impossible.

For more information about domestic violence and disturbing the peace, please click on the following articles:
Contact us.
Serving Torrance, Long Beach, Compton, Airport Courthouses and Other Courthouses.