The Right to a Speedy Trial When One Must Be Extradited

The Gist of this Article: There is a right to a speedy trial when one must be extradited, as explained in the following case, but the critical analysis is the delay caused by the U.S. government and here, it was not found unreasonable.

In 2007, twenty-two defendants were indicted in federal court in the Central District of California for conspiracy to commit mail fraud and wire fraud against elderly victims in the United States and Canada.

One of the defendants was John Felix Alexander, aka Africa, who was living in Canada at the time.  Once the U.S. realized exactly where he was in Canada, it initiated efforts to extradite him back to the Los Angeles area to answer to the charges.

Once he was finally transported to the United States and indicted, Alexander filed a motion to dismiss the indictment, claiming that the six year, three month delay in time between the indictment and his arrest violated his Sixth Amendment right to a speedy trial.  The reader of this article may believe that such a motion, if granted, would seem to reward Alexander for fighting his arraignment for sixteen months and punish the United States (depriving the elderly victims of restitution) for Canada’s delay in approving the United States request for extraction.  This makes Alexander’s motion seem in other words, disingenuous at best. 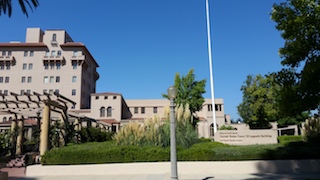 U.S. Ninth Circuit Court of Appeals Pasadena
The U.S. District Court, Judge S. James Otero presiding, denied the motion and Alexander appealed to the United States Court of Appeals for the Ninth Circuit.
As a bit of background, the appeals court explained how difficult and frustrating it can be to extradite a defendant from Canada.  First, the prosecutor must send a request to the Department of Justice, Office of International Affairs (‘OIA”).  The request is then put into final form and forwarded to the U.S. Department of State, which issues a diplomatic note to the Canadian Central Authority, requesting extradition.

The International Assistance Group (IAG) then reviews the request to ensure the request meets Canadian requirements.  Once this is done, the IAG issues an Authority to Proceed and the request is given to the Canadian Prosecutor’s office to issue an arrest warrant.  In other words, it is a multi-layer, extended process.

The trial court apportioned the delays as follows: 32.5 months was attributable to Canadian authorities, 26.4 months was due to U.S. attorneys and 16 months was attributable to Alexander himself.  Insofar as the U.S. attorney’s 26.4 month delay, the U.S. District Court found the attorney exercised “reasonable diligence.”  This delay was not “severe” enough to deny Alexander his right to a speedy trial.  The court therefore, denied the motion.

While the ruling may seem to neglect a full analysis, the appellate court did address the four factors set forth in Baker v. Wingo (1972) 407 U.S. 514, 530, in evaluating a claim of denial of the right to a speedy trial.  Those factors are (1) the length of the delay; (2) the reason for the delay; (3) the defendant’s prior assertion of the right; and (4) the prejudice resulting from the delay.

In discussing these factors, the appellate court characterized the length of the delay a “threshold” factor, and a sufficiently, lengthy delay “necessitates an examination of the other three factors.” United States v. Sears, Roebuck & Co., Inc. (9th Cir. 1989) 877 F. 3d 734, 739.  Here, the delay of almost five years was long enough to lead to an evaluation of the other three factors. See United States v. Gregory (9th Cir. 2003) 322 F. 3d 1157, 1161-62 (“Delays approaching one year are presumptively prejudicial”).

The second factor, the reason for the delay, is “the focal injury.” Sears, at 739.  If the government can show the delay was justifiable because it proceeded with reasonable diligence, the speedy trial claim generally cannot prevail unless defendant can show actual prejudice. Doggett v. United States (1992) 505 U.S. 647, 656.

Here, the appeals court found that the government proceeded with “reasonable diligence” and Alexander was not prejudiced at all.  In fact, he probably greatly benefited by the delays.  It therefore affirmed the trial court’s ruling, denying the “speedy trial motion.”
The citation for the Ninth Circuit Court of Appeals ruling discussed above is United States v. John Felix Alexander (9th Cir., 2016) 817 F.3d 1178.
For more information about the right to a speedy trial, please click on the following articles:
Contact us.