Our client, age 18, had a promising future ahead of him.  He had just graduated from high school and was headed to an out-of-state four-year college with a good reputation.

In a Nutshell:  Our client ticketed for public urination after Santa Monica Police spot him at about midnight urinating in the front yard of his friend’s home as he is heading home to get his bathing suit; case resolved with a dismissal after judicial diversion out of the Airport Courthouse.

He had been out at his neighbor’s house.  It was kind of a final get-together before the two headed off to college.  There were many other friends there, too.   His friend’s home had a pool and his friend suggested they all go in the pool.

The evening was great until the Santa Monica Police Department spotted our client allegedly urinating in the front yard of the home at approximately midnight.  Our client had gone to fetch his bathing suit and to return to a private home to swim.  He was urinating behind a tree, only visible from the street because the police officer was looking away from the road and into the yard.  No alcohol was involved. 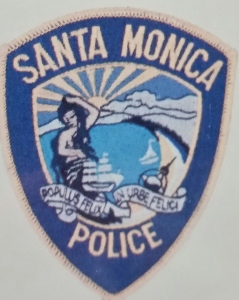 Police stopped our client and gave him a ticket for violating Santa Monica Municipal Code § 5.08.110(D), a misdemeanor.  The arraignment was set about two months later in the Airport Courthouse on La Cienega Boulevard, at a time when he would be in college already over a thousand miles away.

The client has no prior criminal history.  He came from a good family where both his parents had advanced degrees and steady employment.

Greg discussed the facts of the case with the client and his parents.  Greg descried how Assembly Bill (AB) 2124 would apply and that their son would be eligible for judicial diversion, which was different than being on probation.

Greg estimated that the terms of judicial diversion would be to simply perform community service, most likely about 40 hours, and stay out of trouble for a year.  Greg would then return to court in a year and the client’s plea would be withdrawn and the case dismissed.

Greg then went to court on the date of the arraignment with a written motion for imposition of judicial diversion under Penal Code §§ 1001.94 to 1001.98, which are the statute sections wherein AB2124 was put into the Penal Code.  The motion described the facts of the case, the client’s eligibility for judicial diversion and the eligibility requirements set forth in AB2124.

The Los Angeles City Attorney handling the case and the judge in the courtroom were somewhat taken aback by the motion being filed for a hearing at the arraignment.  The prosecutor stated she needed to run the client’s rap sheet to verify that he was indeed eligible by having no prior criminal history.  To save herself some work, she offered to simply reduce the charge to an infraction if the client performed two days of community service.

The case was then continued for about a month.  Greg discussed the offer at length with the client’s parents, as well as the client.  The client decided that he preferred an outright dismissal, even if it required a year to obtain and even if he had to do forty hours of community service.

At the next hearing, Greg advised the city prosecutor that our client was respectfully declining the offer of an infraction.  The judge then ruled on the motion for judicial diversion, granting it and assigning 30 hours of community service and offering a dismissal after just six months.

The client was quite happy with this, as the case would be dismissed in half the time and he would not have to perform quite as much community service (which he would perform out of state while at college) as expected.  The client’s parents were pleased as well, realizing that the proactive approach of having a written motion already prepared at the arraignment was well received and reduced the terms of judicial diversion below those that were expected.