Our client, age 27, had been at American Junkie with friends from work watching the Lakers in a pre-season game.  They were all quite excited about the game because it was the first pre-season game and they were die-hard Lakers fans, starved of NBA games over the summer and early fall. 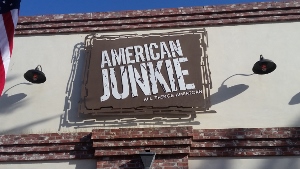 They arrived at the bar before the game started and had some appetizers and a pitcher of beer, then a second pitcher, then a third – between the three of them.  They all planned on taking taxis home, so they decided to drink as they wanted to.  Yet the three, each engineers, were aware that they could not simply drink themselves under the table.

In a Nutshell:  Client decides to walk home from Pier Plaza.  Almost makes it home before being overcome by the need to urinate, which he does several blocks away from downtown.  He is immediately ticketed for misdemeanor public nuisance (PC 372).  Case resolved through judicial diversion with 40 hours of community service and a dismissal after one year.

Our client recalls having a fourth pitcher with his friends and then two pitchers of water, which they all thought was the responsible thing to do.

The game ended and they watched the post-game show, which lasted until about 11:00 p.m.  They then decided to head home.  Our client’s two friends caught taxis from the main downtown Hermosa Beach taxi area near Pier Plaza.

Our client, however, decided to simply walk home since it was kind of early and the air was warm.  He walked on Pier Avenue to Bayview Avenue and then turned south toward home.

He walked a few blocks south on Bayview when all the beer and water started to make its way to his bladder.  It was about Tenth Street, still four of five blocks from his house.  He thought to himself that police would not be patrolling the area because he had gone several blocks east and south of the Pier Plaza nightlife.  Moreover, it was still rather early and the area is residential.  No one was around, our client thought.

He paused by a large plant and decided to urinate.  No sooner had he started than a police officer asked him to stop.  As our client said, “it was like the officer came out of the shadows, like he had been following me, waiting for me to just pee so he could give me a ticket,” which he did.

Our client was shocked to see the ticket had “m” circled, meaning misdemeanor.  He did nothing about the ticket for almost three months, until it was one week before his court date.

He then called Greg Hill & Associates and spoke to Greg Hill.  The client described what had happened and how he had no prior criminal history.  He described how he was worried if a conviction was reached how that might affect his job.

Greg explained how in Los Angeles County only, there was a program for judicial diversion, meaning the judge would set terms of diversion and then supervise the diversion.  If the client fulfilled the terms, the judge would allow our client to withdraw his plea and then the judge would dismiss the case.  The client was relieved to know about this new program, codified at Penal Code §§ 1001.94 to 1001.98 (previously Assembly Bill 2124).

Greg then appeared in the Torrance Courthouse on the client’s behalf for the arraignment.  Greg looked through the file materials and confirmed that the charges matched the ticket and that the client indeed had no prior criminal history.

Greg then spoke with the Redondo Beach City Prosecutor, who was present in court for the arraignment and handling the Hermosa Beach cases.  She offered our client an infraction for disturbing the peace (Penal Code § 415), but with an obligation to make a $550 contribution to the Hermosa Beach Nuisance Abatement Fund and then payment of a $150 fine, plus penalties and assessments (about $515 total).

Instead, Greg asked the judge for imposition of judicial diversion, which the judge granted.  The judge ordered the client to perform 40 hours of community service and stay out of all trouble for a year.  If the client were to do this, he could have the case dismissed.

The client accepted this quite happily, relieved that he would avoid a conviction for what was really a lapse in judgement more than anything else.

For more information about public urination and other issues related to this summary, please click on the following articles:
Contact us.
Serving Torrance, Long Beach, Compton, Airport Courthouses and Other Courthouses.