Brief Synopsis: Proposition 47 does apply in the Second Appellate District (which covers Los Angeles County Superior Courts) to reduce a felony conviction for violation of Penal Code § 484e(d), reasoning that theft of access card information is a form of grand theft.

On September 29, 2014, Daniel Romanowski entered into a plea bargain in Los Angeles County Superior Court to a violation of Penal Code § 484e(d), theft of access card information.  He had served a prior prison term within five years, so under Penal Code § 667.5(b), he faced a sentencing enhancement of one year.  His plea bargain was to four years in county jail.

A little over one month later, voters passed Proposition 47, “The Safe Neighborhoods and Schools Act.”  Its goal was to “ensure that prison spending is focused on violent and serious offenses, to maximize alternatives for non-serious, non-violent crime, and to invest the savings generated from this act into prevention and support programs in K-12 programs, victim services, and mental health and drug treatment.”

To effectuate this, Prop 47 changed three possessory drug offenses from felonies to misdemeanors and many thefts or property offenses when less than $950 in value is at issue from felonies to misdemeanors as well.  Prop 47 also established a way for those currently serving felony sentences for the specified offenses to petition the court, provided the person is not otherwise disqualified, to resentence the case as a misdemeanor. 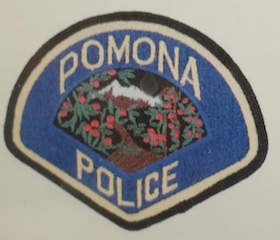 Pomona PD
The legislation is quite clear, but one area has caused a great deal of questions because it seems to be broadly phrased.  Penal Code § 490.2(a), specifically added by Prop 47, redefines all grand theft offenses as misdemeanors if they involve “any” property valued at less than $950.  The limitations of this provision have been decided in different ways by different courts.
Theft of access card information, Penal Code § 484e(d), for example, is a felony.  If the theft involved property valued at $950 or less, is it a misdemeanor now, assuming the defendant is not otherwise disqualified?  Two divisions of the Second Appellate District, which handles case out of Los Angeles County, have said no (People v. Cuen (4th App. Dist., 2015) 241 Cal.App.4th 1227 [2015 WL6597437] and People v. Grayson (2015) 241 Cal.App.4th 454).

The case of Daniel Romanowski sought to reverse this view.  Indeed nothing in the text of Prop 47 or the voter’s intent behind the statute suggested theft of access card information should be treated any differently than other theft offenses subject to reduction under Prop 47.

In September, 2014, Mr. Romanowski pled no contest to felony theft in violation of Penal Code § 484e(d) and admitted a prior prison term pursuant to Penal Code § 667.5(b).  In November, 2014, Proposition 47 was passed and in March, 2015, Romanowski filed his petition for resentencing under Prop 47.

The trial court denied the petition, agreeing with the People that Penal Code § 484e(d) was akin to identify theft and not subject to Prop 47.  In other words, § 484e(d) is fundamentally more like criminal fraud than simple theft.

Romanowki then appealed to the Second Appellate District, which reversed the trial court, agreeing with Romanowski that Prop 47 does apply.  This ruling thus disagrees with Grayson, supra and Cuen, supra.

The significance of the ruling is in its reasoning, as it may apply to a reader of this article and thus be useful.  The appellate court, in People v. Daniel Romanowki (2015 DJDAR 12367), began by noting that Penal Code § 484e(d) defines theft of access card information as grand theft, not identify theft, and § 490.2 applies to grand theft as long as the value is less than $950.  In fact § 490.2 applies to “all theft offenses,” notwithstanding § 487 “or any other provision defining grand theft.”

More significantly, the court pointed out that even the court in Grayson recognized this concept by pointing out that the taking of items listed in the exceptions to § 487 (a), such as firearms, automobiles and agricultural products, “are no longer considered grand theft based upon their character.”  In other words, the exceptions to § 490.2 are few in number.

The appellate court also rejected the People’s argument that reducing 484e(d) to a misdemeanor would undermine the consumer protection purpose behind § 484e(d) from the reach of § 490.2.  The court reasoned that if had wanted to protect this purpose, it would have done so.  However, it did not.

Therefore, the appellate court reversed the trial court and remanded the case back to the trial court for resentencing.
The citation for the Second Appellate District Court ruling discussed above is People v. Daniel Romanowski (2d App. Dist. 2015) 242 Cal.App.4th 151 (affirmed at California Supreme Court in People v. Romanowski (2017) 2 Cal.5th 903).
For more information about the issues in this case, please click on the following articles:
Contact us.