Police Fail to Notify 290 Registrant of Duty to Re-Register

In the area of sex offenses, the law can be very inflexible to defendants, especially those who are required to register as a sex offender under Penal Code § 290.  If such a person fails to register with the local police upon his or her release from jail or prison, the consequences can be brutal, such as being sentenced to prison on what some might consider no more than a “technical violation.”  Indeed, judges do not want to appear soft on sex offenders.

The Gist of this Article: Penal Code § 290.017 requires law enforcement to notify a person obligated to register as a sex offender of this continuing duty whenever that person serves more than 30 days in custody, i.e. on a probation or parole violation.  If law enforcement neglects to give this reminder when required under 290.017, the sex offender still must register or face punishment as the following appellate court  summary explains.

The case of Thomas Adrian Toloy brought this issue to light.  Toloy had seen convicted of having continually abused a child under 14 back in 2001.  He was sentenced to twelve years in state prison and got out after ten.  He was required to register as a sex offender under Penal Code § 290.  Over the next three years, he violated parole seven times. 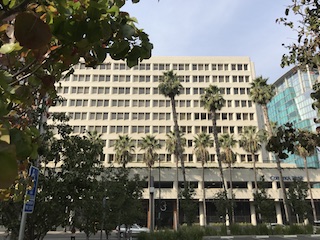 Court of Appeal Sixth Appellate District San Jose
He did, however, register over 20 times since his release from prison.
As a result of his last parole violation in 2014, he served time in the Monterey County jail for about nine weeks.  Because he served more than thirty days in custody, Penal Code § 290.017(a) applied, which states that when someone is released after serving a jail sentence of 30 days or more. “the official in charge of the place of confinement” . . .“shall advise the person of his duty to register under Penal Code § 290.”

In the case of Toloy, who had been in and out of jail over a half – dozen times and had registered under § 290 at least twenty times, the notice requirement may not have been something novel.  However, when he was released from the Monterey County jail, the jail did not notify him of his duty to re-register.

Toloy was then released and did not re-register with the Salinas Police Department, which was the agency he had to re-register with in the area.  He was then charged with failing to register as a sex-offender upon his release from incarceration under Penal Code § 290.15.  The matter went to trial and Toloy was sentenced to 32 months in state prison.

Toloy appealed his conviction to the Sixth Appellate District, arguing that the obligation of the police under Penal Code § 290.017 to provide notice was mandatory because the statute contains the word “shall,” but it was not provided and thus, his conviction was improper.  Such notice was required first, Toloy argued, for him to be convicted.

The appellate court began its ruling in People v. Thomas Adrian Tolony (2015 DJDAR 9940) by noting that Penal Code § 290.017 does not limit its notification provisions to a § 290 registrant’s initial release from confinement.  This, they found, is particularly so because the parameters of a 290 registrant’s obligation may change over time.

Thus, the lower court’s rulings were affirmed.
The citation for the Sixth Appellate District Court ruling discussed above is People v. Thomas Adrian Toloy (6th App. Dist., 2015) 239 Cal.App.4th 1116.
For more information about registering under Penal Code § 290, click on the following articles:
Watch our video about sex offenses by clicking here.