Psychologists have recognized that the human brain is not fully matured when the rest of the body may appear mature.  Likewise, a person’s ability to exercise good judgment develops well past the age of 18.  This issue is usually not a consideration when a juvenile is charged in juvenile court.  Indeed, the primary purpose of the juvenile court system is rehabilitation.

Why This Article Matters:  This is one of several cases that immediately (just one year prior) preceded People v. Franklin (2016) 63 Cal.4th 261, which is best known for holding that the sentencing judge’s is obligated to consider the “hallmarks of youth” in sentencing a person under age 25 to a sentence that is the functional equivalent of life without the possibility of parole.

The immature judgment and other features of being a juvenile become a consideration in sentencing when a juvenile is charged as an adult in a serious case, especially when if convicted, the sentence involves a very long sentence or life sentence without the possibility of parole (LWOP).  This is because such a sentence implicates the Eighth Amendment’s prohibition of cruel and unusual punishment.

Many courts have recognized this sentencing issue and ruled in different ways on whether a long sentence for a juvenile violates the Eighth Amendment. 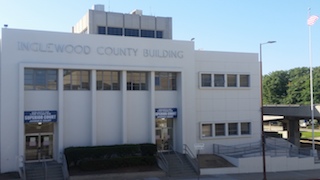 Inglewood Juvenile Court
Finally, in 2012, the U.S. Supreme Court ruled in Miller v. Alabama (2012) 567 U.S. 460, 132 S. Ct. 2455, 183 L. Ed. 2d 407, that before a judge sentence a juvenile to a LWOP sentence or one that is the functional equivalent, the sentencing judge must “taken into account how children are different, and how those differences counsel against irrevocability sentencing then to a lifetime in prison. “Miller, supra, 132 S. Ct. at 2469.
Such differences between adults and children are relevant in sentencing insofar as children are often “immature, impetuous and fail to realize the risk and consequences” of certain conduct” Miller.  The Miller court further indicated that a judge may consider the juvenile’s home environment, “from which he cannot usually extricate himself – no matter how peer pressure may have affected him, a youth’s “inability to deal with police officers” and “his incapacity to assist his own attorneys.”

The larger, more biological, issues are that the court should consider are how a juvenile may have a higher possibility of rehabilitation than an adult because the youth’s brain is simply not fully developed.

This background is relevant toward considering the conviction of Donald Ray Dokins for first degree murder and the attempted murder of another.  At the time of the crime, Dokens was fifteen years old.  The jury found that the crimes were committed for the benefit of a criminal street crime.  They took place in Los Angeles.

Dokins had been riding his bike when he passed by a house with many people congregated on the porch.  A man on the porch stared at Dokeis and Dokins stopped.  The man nodded at Dokins as if he knew the young man.

Dokins returned to the house with a revolver under his sweatshirt.  He pulled out the gun and stopped his bike.  He stood in the street straddling the bike.  He then shot about five to six shots at the people on the porch.

The shots hit a baby and a man.  The man died, but the baby survived.  Dokins rode his bike away from the scene, later burning his sweatshirt in a vacant lot.

Witnesses from the party rather quickly advised the police about the clothing of the suspect.  Police found the sweatshirt about a day later when they responded to a call to report a fire in a vacant lot.  Near the burned sweatshirt were two spiral notebooks with the name Donald Dokins throughout.

A jury convicted Donald Dokins as an adult of both murder and attempted murder.  The jury also found true that the crime was committed to benefit the TFR as part of the Fudge Town Mafia Crips.  The judge sentenced Dokins to 90 years to life in prison.

On appeal, Dokins alleged that a sentence of 90 years to life is the equivalent of life without parole and violated the Eighth Amendment’s prohibition on cruel and unusual punishment as construed in Miller, supra.

The Second Appellate court agreed that the “harsh sentencing” of the trial court judge (Pat Connolly in Compton Superior Court) was in error because he did not methodically lay out his reasoning for the sentence after considering the factors Miller required to be evaluated by a judge.

The appellate court thus remanded the case back to the trial judge to consider the youthfulness of Mr. Dokins in crafting the sentence.  It said Miller “expressly requires the sentencing court to take into account how children are different and how those differences counsel against irrevocably sentencing them to a lifetime in prison.”
The citation for the Second Appellate District Court ruling discussed above is People v. Donald Ray Dokins (2d App. Dist., 2015) 241 Cal.App.4th 1179.
For more information about the issues in this juvenile case, please click on the following articles:
Contact us.