As of October 1, 2015, California state courts will begin accepting applications for reinstating one’s suspended driver’s license even if the driver is behind on paying court fees and fines, with an agreement by the driver to enter into a payment plan to pay off the outstanding debt at a 50% discount.  The program ends March 31, 2017.  In other words, the program is only in effect for eighteen months.  However, its provisions are likely to be replicated in the future in other manners.

The Reader’s Digest Version:  If one owes court fees and /or fines due on or before January 1, 2013 and, as a result, one’s driver’s license is suspended, there is a new program open from October 1, 2015 to March 31, 2017 that allows such drivers to have their driver’s license reinstated so they can work to pay such fees and fines at a 50% discount.  There is a $50 fee to enter the program to save 50% and have one’s license reinstated.

The program is meant to put a stop to the vicious cycle of unemployment that seems to persist for those without a driver’s license, yet owing court fees and fines.  The reality is that the ability to drive is an economic necessity, however, a person often cannot pay court fines because they are unemployed due to an inability to legally drive.  The idea of linking or holding hostage the ability to drive as an incentive to pay court fines was a good one, but its effect has gone too far.  There are far too many people unemployed because they cannot drive due to a suspended license over unpaid court fines and fees. 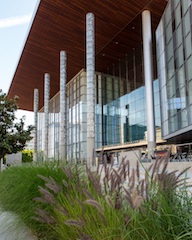 Long Beach Courthouse
Now, people who have large traffic ticket fines outstanding are placed in a Catch 22 situation– drive without a valid license (and risk further tickets) to earn money or simply not drive (because one lacks a license) and remain unemployed.  This “one time” traffic amnesty program is meant to lessen the amount of debt owed (not erase it) while restoring the right to drive.
A bit of background is helpful to better understand the program, presented as Senate Bill (SB) 405 by Bob Hertzberg (Democrat, Van Nuys).  On August 15, 2015, California Vehicle Code § 42008.8 came into effect.  It is a code section that amends Vehicle Code § 42008.7.  It is characterized as a traffic ticket amnesty program available to both juveniles and adults that will reinstate driver’s licenses that are suspended for failure to appear and/or failure to pay certain traffic fines that were due to be paid on or before January 1, 2013 (in other words, overdue for at least 33 months).
The program does not apply to parking tickets, DUI’s or reckless driving offenses.
However, it does apply to any infraction deemed traffic related.  Individual courts and counties may extend the program to apply to certain misdemeanors, which we would hope include the most common Vehicle Code violations that we see – Vehicle Code § 14601 (driving on a suspended license), Vehicle Code § 12500 (driving without a valid license), Vehicle Code § 4000(a)(4) (driving without valid registration), Vehicle Code § 22350 (speeding), Vehicle Code § 26708.5 (illegal tinted windows), Vehicle Code 22450(a) (failure to stop at a stop sign) and Vehicle Code § 21453 (failure to stop at a red light).
One is not eligible if one owes any restitution to a victim in the same county of the violation(s) at issue or one has any outstanding misdemeanor or felony warrant in the same county as the violation(s).
The driver’s license reinstatement will occur upon the license holder’s entry into a payment plan for outstanding fines.  It should be noted that most courts charge a $50 fee for entering into a payment plan, due to administrative costs of accounting for the additional payments.  The DMV then charges $55 for a license reinstatement fee.
All persons who apply for the amnesty program are eligible for a 50% reduction in outstanding fines. What remains to be seen is how this new program will work with those fines that have already been referred to collections, as most old fines are, through GC Services, the most common collection agency for Los Angeles County courts.
For more information about traffic tickets, click on the following articles:
Contact us.
Serving Torrance, Long Beach, Compton, Airport Courthouses and Other Courthouses.