Home
Other Information
Criminal Defense Articles
My Car Was Towed – How Do I Get It Out of Impound?

My Car Was Towed – How Do I Get It Out of Impound?

Our office is contacted at least once per week by a potential client whose car was towed and the client needs to get it back.  They need to work, pick up the kids, run errands, etc.  Moreover, while the car is being held, there are storage fees which accrue every day and they can quickly exceed the value of the car.

The Gist of this Article: There is no magic method of having a car released from the tow lot or impound, but there are certain general methods that should be considered based on the facts of the case (the reason the car was towed or seized as evidence).

Our answer starts by asking the potential client if they know why it was towed.  When it is involved in an accident, the client understands this well and usually liaisons with their insurance company to have it towed to a repair facility or salvage lot for sale as a total loss.  If the client wishes to have the car released to them, i.e. because the client has a flatbed tow truck or a tow truck available, the client needs to present the impound lot their identification, proof of registration and proof of insurance only. 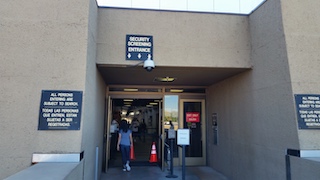 The city that ordered the vehicle towed is also the authority to which the tow yard will look for permission to release the car.  The police may be holding it to get fingerprint evidence, hold it for evidence or to verify the VIN.

If the Torrance Police Department ordered your car to be towed, one must get a vehicle release from the Torrance Records Division (310-328-3456) and then bring the release to the tow lot.

If the Manhattan Beach Police Department ordered the vehicle towed, one must go to the front desk at the Manhattan Beach Police Department (310-802-5100) and ask for a written order for release.  This is only required if the vehicle is held for the driver driving it on a suspended license or if the car is being held for further investigation or as evidence.  Otherwise, no consent to release is needed from the police department.

If the City of Palos Verdes Estates towed your vehicle, you must go the PVE Police Department, Front Desk (310-378-4211) and get a vehicle release.  Then take such a release to the impound lot.

The Lawndale Sheriff’s station will release all vehicles impounded for Vehicle Code violations, except those that are subject to being used to collect evidence or are evidence themselves.  All other vehicles (except those being held for the statutory 30-day hold period) can be returned to the owner upon presenting one’s driver’s license, proof of registration and proof of insurance to the Lawndale Sheriff’s to get a vehicle release order.  The number for their station is 310-219-2750.

If one’s car was towed by the Lennox Sheriff’s station, it can be released unless it has a hold on it for evidence or as evidence, or it is being held for the mandatory 30-day hold period as described above.  One needs to bring a valid driver’s license, proof of registration and proof of insurance to the station to get a vehicle release order.  The phone number to the station there is 310-671-7531.

For more information about driving without valid registration or a valid license, please click on the following articles:
Contact us.