Home
Other Information
Criminal Defense Articles
My Attorney Won’t Do What I Tell Him to Do – Fire Him?

My Attorney Won’t Do What I Tell Him to Do – Fire Him?

In a Nutshell: Depending upon what one asks an attorney to do, the attorney’s refusal to do something may be ethically proper or tactically prudent.  Other times, such a refusal may be grounds for termination or reporting to the State Bar.

This article is written to prevent a client from hurting himself or herself based on such a belief that the role of an attorney is to follow the commands of the client.  It is not meant to defend the attorney’s decisions, as the client actually may have a very helpful suggestion after all, but clarify the authority that the attorney has in handling the case and specify those areas that the client retains absolute authority over in the defense of a criminal case.  California Rules of Professional Conduct, Rule 2-100. 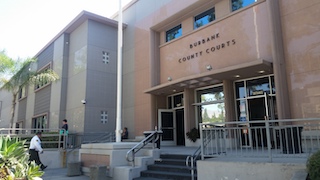 Burbank Courthouse
Counsel for a criminal defendant, generally speaking, controls all decisions regarding trial tactics and court proceedings.  People v. Masterson (1994) 8 Cal.4th 965, 35 Cal.Rptr. 2d 679; People v. Whittington (1977) 74 Cal.App.3d 806, 820, 141 Cal.Rptr. 742.  What exactly are “trial tactics?”  Obviously, this would include things such as whether to give an opening statement (or not), when to exercise peremptory challenges during voir dire and what experts to retain for trial.

Other courts have considered other decisions and found these decisions to be within the scope of trial tactics:

For more information about legal representation and court in general, please click on the following articles:
Contact us.
Serving Torrance, Long Beach, Compton, Airport Courthouses and Other Courthouses.