Our client, age 25 and well-educated, was driving his girlfriend home after lunch.  They were passing through Manhattan Beach.  The two began to argue and he decided to pull over to talk.

He unfortunately parked in a “no parking zone.”  A passerby called the Manhattan Beach Police Department about the car parked illegally and the police went to the area to investigate.

There was no mention of illegal parking at all.  Indeed, had the officer stated that such a reason was the reason for his contact, the duration of his detention would have been limited to the scope of the illegal parking, which might have been to simply issue a ticket. 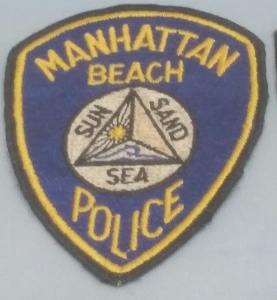 Instead, the officer stated the reason was a suspicion of possession of marijuana.  This requires more time to investigate.  The officer then asked if he could look inside the car.  Our client had his backpack in the backseat of the car, on the floor.

Our client and his girlfriend said, “sure.”  Our client believed a “look inside the car” meant a quick look, not a search of opening his backpack or any other compartments in the car.

The officers had our clients step out from the car and sit on the curb nearby, but obscured from view of what the officers were looking at inside the car.

Our client found out soon enough as the officer went straight for the backpack, opened it up, and then opened up black case within that had been zipped up.  The officer unzipped the black case and found inside a digital scale, about sixty small plastic baggies, fourteen Ecstasy pills, about thirteen grams of psilocybin (mushrooms), three Adderall pills (the client did not have a prescription for this) one tablet that was described by the police report as containing methamphetamine and 49 Tramadol tablets in a metal mint box.

Our client was promptly arrested for multiple alleged felony violations of Health & Safety Code § 11351 (“Possession of a Controlled Substance with the Intent to Sell”).  The client wisely did not admit to any of the drugs being owned by him or that he even knew they were in his backpack.

The client’s family bailed him out and he promptly called Greg Hill & Associates.  He and his parents met with Greg and the client explained what had happened.  Greg explained that while all the drugs might be considered personal use, except the Tramadol tablets, he anticipated that the Torrance District Attorney’s office would most likely charge the case as a felony possession with intent to sell because of the sixty baggies and the digital scale.

Greg and the client further discussed whether the officer’s search had exceeded the scope of the client’s consent and whether the inevitable discovery doctrine might make the issue moot (had the officer stopped short of unzipping the backpack and instead requested a search warrant, such a warrant certainly would have been authorized and the search would have proceeded anyways).  This discussion evolved into whether the totality of the circumstances allowed such a search and Greg advised that the officer’s sense of smell most likely would have been sufficient even though no marijuana was found inside the car.

Following the meeting with the client and his family, Greg wrote letters to the Manhattan Beach Police Department and the Torrance District Attorney’s Office demanding a copy of the police report, the laboratory analysis of all items seized and tested and the officer’s dash-cam and body-cameras if they existed.  Greg’s letters also described the search as unlawful.

The client and Greg then appeared in the Torrance Courthouse on the morning of the arraignment.  The case had miraculously been filed as a misdemeanor for simple possession.  Greg could not believe the good luck.

The District Attorney explained that her office believed Tramadol was not a controlled substance and thus not illegal.  However, Greg knew that in 2014, two years earlier, Tramadol had indeed been added to the list of controlled substances as a Schedule IV item.  Regardless, Greg quickly negotiated a disposition of judicial diversion without correcting the prosecutor on her error.

The judge in Torrance granted Greg’s motion for judicial diversion under Penal Code §§ 1001.94 to 1001.98, which allowed our client to “earn a dismissal” if he attend 20 Narcotics Anonymous (NA) meetings and performed 40 hours of community service.  The client readily agreed to such terms, very happy that he could lock in such a deal, rather than face a felony case for sales, which often comes with it at least some jail time (if not prison time) and considerably more severe punishment.