Our client, age 23, had been out to a bar along Pine Street in the downtown Long Beach area.  He was with friends from work.  He worked at a well-known non-profit organization.  He had plans to enroll in a local community college to finally start work towards a college degree. 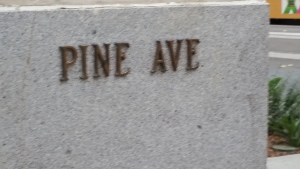 Before this evening, our client had never been arrested and otherwise, had no criminal history.

Condensed Version of This Case:  Client spends an evening at bars along Pine Street in Long Beach.  While walking back to his car parked on Second Street, he is ticketed for public urination.  Case dismissed after the judge reads our Motion for Imposition of Judicial Diversion.

Our client had parked his car along Second Street.  As he was walking back to his car, he realized he needed to urinate, but it was too far back to the bar.  He spotted an alleyway and decided to urinate behind a bunch of large trash cans.

No sooner than did he finish urinating than he heard a voice from the shadows directed toward him saying, “Excuse me.  Long Beach Police Department.  Please come here.”  Our client looked in the direction of the voice and realized the man was holding a clipboard and flashing his badge.

Our client apologized profusely, but this did not seem to have any effect on the officer.  Our client was coldly handed a ticket and asked to sign a promise to appear in court at a future date.  The officer then disappeared back into the shadows.  It all took about three minutes.

Our client assumed the ticket was for an infraction, like a parking ticket.  He did nothing with the ticket for several weeks.  He underestimated the level of the offense.

The client spoke with Greg Hill, explaining what had happened and how a misdemeanor conviction may create problems for him at work.  Greg further explained that in student loan applications, he may need to disclose such a conviction.  Such a conviction might also compromise his ability to be hired upon graduation from college.

Greg explained what he could do for the client, describing how such cases were handled in the past and how there was a new judicial diversion program in place, effective just for over a year, wherein a judge would refer the matter to judicially supervised diversion and the client would be able to “earn a dismissal” by completing certain requirements set by the judge.  This program was put forth originally in Assembly Bill (AB) 2124 and codified at Penal Code §§ 1001.94 to 1001.98.

In our client’s case, Greg explained that he though the judge would most likely require him to attend 20 or 30 AA meetings and maybe perform 20 or 40 hours of community service.

On the day of the next hearing, set for a hearing on the Motion for Imposition of Judicial Diversion, the judge announced that she would simply dismiss the case.  She explained that she had reviewed the file and thought that the ticket and police report were insufficiently clear as to what the officer observed.

Greg happily reported this back to the client, who was very happy with this.

Greg reflected that had he not filed the written Motion for Imposition of Judicial Diversion, the judge would never have taken a close look at the police report and ticket.  By seeking diversion, the motion forced the court to reevaluate the case for its merits.

For more information about public urination and the levels of charges, please click on the following articles:
Contact us.
Serving Torrance, Long Beach, Compton, Airport Courthouses and Other Courthouses.