Our client, age 17, went to a 7-11 with four of his friends, where they paid a customer of legal age to buy them two six-packs of beer.  It was about ten p.m.  The five minors then went to the upper level of a Cal State Long Beach parking structure, where they sat on the concrete parking blocks drinking beer.

Our client had no reason to be doing this, except just to have fun in a self-destructive way.  He was a senior at a private high school in Long Beach, where he had a 4.22 GPA.  He aspired to attend Long Beach State next fall.

In 30 Words or Less:  Client, age 17, was found with four friends drinking beer at top level of Cal State Long Beach parking structure at about 11:00 p.m.  Campus police cited our client for being underage and in possession of alcohol (Business & Professions Code § 25662), which carries with it a one-year driver’s license suspension.  Case resolved at Van Nuys Juvenile Traffic Court with judge dismissing the case. 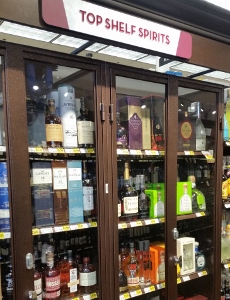 The Cal State Long Beach campus police were familiar with such a scene, as the upper deck was a popular place for high school kids to come to drink a few beers.

The cops immediately stopped their cars and ordered our client and his five friends to get out of the car.  Each one did and stood facing the officers.

Each of the juveniles were handed a promise to appear in the Van Nuys Juvenile Traffic Court at a later date.  Each one signed it and left.  Police officers literally drove our client home.

At the arraignment in Van Nuys, our client appeared with just his parents.  The judge there warned him that he faced a one-year suspension of his driving privileges under Vehicle Code § 13302.5 and that he faced a criminal record for a misdemeanor.

Neither the client nor his parents understood how serious the charges were.  When they called Greg Hill & Associates, they did not understand that a criminal record for a misdemeanor could affect their son’s admission to college, as many colleges now review the criminal histories of their applicants.  It could also affect his ability to obtain an internship as well as a job.

Greg explained that juvenile adjudications were not convictions, and that they were supposed to be kept confidential, but Greg opined that he thought this supposed confidentiality would be eroded with time as background check companies competed to provide the most thorough records for customers.

Greg also described how it was possible to have the juvenile court judge make a finding that the client’s need to drive was a critical need, which would allow the client to obtain a critical needs restricted license.  This would allow him to drive to and from school, both high school and college, as well as drive his two younger siblings to a host of music lessons, sports practices and tutors.  The client’s parents co-owned a small business and worked enormous hours, so they relied upon the client to do this.

Greg explained how the juvenile court system focuses on rehabilitation, so the client should have a mitigation packet of materials for the judge to show he deserved a judicial finding of a critical needs license.  The client could then take this to the DMV to obtain such a license.

Greg suggested that the client attend ten alcoholic anonymous meetings, perform a small amount of community service (a conviction for Business & Professions Code § 25662 requires 24 to 32 hours of community service, a $250 fine and attendance at a juvenile DUI program), write an essay for the judge about why being a minor in possession of alcohol is illegal and show the judge his high school transcript and resume.

The client, with the help of his parents, then followed Greg’s recommendation and Greg prepared a short mitigation brief for trial for the judge to read.  The goal was that if the client were convicted, the judge would sign the Finding of Critical Need to Drive that would spare the client the one-year license suspension.

On the day of trial, however, the police officers subpoenaed to court failed to appear and the judge dismissed the case.  The client and his parents were relieved and yet happy that everything possible was done to prepare in case the officers had appeared and the client was convicted.

For more information about minors in possession of alcohol, please click on the following articles:
Contact us.