Is Possession of Counterfeit Money Subject to Prop 47?

In 2012, Heath Maynarich pled no contest to having three counterfeit $50 bills, an act charged as a violation of Penal Code § 475(a) (forgery).  The statute states that “every person who possesses or receives, with the intent to pass or facilitate the passage or utterance of any forged, altered, or counterfeit items, as contained in subdivision (d) of Penal Code § 470, with the intent to defraud, knowing the same to be forged, altered, or counterfeit, is guilty of forgery.”

In a Nutshell: A felony conviction for violation of Penal Code § 475 (“forgery”) when one tries to use counterfeit currency, is eligible for resentencing as a misdemeanor under Prop 47 because currency is a bank bill or bank note on the Federal Reserve Bank within the meaning of Penal Code § 473, which is included in Prop 47.

After pleading no contest, Maynarich was placed on three years of formal probation.  Approximately three years later, California voters approved Proposition 47, which provided under Penal Code § 1170.18 that certain felons could petition the sentencing judge to recall a sentence and re-sentence the felony as a misdemeanor.

To do so, the offense at issue had to be a qualifying offense and defendant personally could not represent an unreasonable risk to public safety if resentenced. 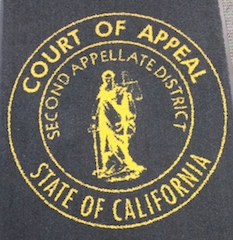 Maynarich then appealed this ruling by Judge Joseph A. Brandolino, who this office considers a very bright and fair judge.

The Second Appellate District, however, reversed Judge Brandolino.  The appellate court agreed with Maynarich that counterfeit money is counterfeit United States Federal Reserve notes, as currency is “bank bills” or “notes” within the meaning of Penal Code § 473.

The appellate court explained that United States currency, issued by the Federal Reserve Bank, qualifies as a bank bill or note.  As explained in People v. Bedilion (1962) 206 Cal. App. 2d 262, at the time of the enactment of Penal Code § 475 in 1872, the expressions “bank bill” and “bank note” were synonymous terms. Id., at 269.

“A bank bill or a bank note may be defined as a written promise on the part of the bank to pay to the bearer a certain sum of money, on demand; an obligation for the payment of money on demand, passing from hand to hand as money.”

Indeed, the appellate court commented, if $50 bills were not a bank bill or note, Maynarich’s underlying conviction for violating Penal Code § 475 would be suspect.  That section cross references Penal Code § 470(d) and, as stated above, subdivision (d) contains no reference to currency in his possession violating Penal Code § 475.  People v. Clark (1992) 10 Cal. App. 4th 1259, 1267 (defendant violated § 475 by having a counterfeit $20 bill).  This is so because currency is a “bank bill” or “note.”

Moreover, the conviction rested on Maynarich’s possession of three $50 bills, so it qualifies under Prop 47 as not exceeding $950.

Consequently, the appellate court ruled that the trial court must reverse its order denying Maynarich’s petition for resentencing.
The citation for the Second Appellate District Court ruling discussed above is People v. Heath Maynarich (2d App. Dist., 2016) 248 Cal.App.4th 77.
For more information about Proposition 47 and counterfeit items, please click on the following articles:
Contact us.