Is Felony Evading Arrest Subject to AB109 and County Jail?

In 2011, the Criminal Justice Realignment Act became law.  This measure, brought through Assembly Bill 109 (AB109), changed where certain felony sentences would be served.  The intended effect was to send fewer felons to state prison to decrease the prison population due to well-publicized overcrowding.  Instead, more low level felons were ordered to serve time in county jail.

The Gist of this Article: If one is convicted of violating Vehicle Code § 2800.2, felony evading a police officer, custody time is served in state prison, not county jail under AB109.

Ever since AB109 was passed, there have been questions of where certain felony sentences must be served.  Almost all drug-related felony sentences are served in county jail unless the individual has a prior conviction for a serious or violent felony, is required to register as a sex offender or is not subject to sentence enhancement for multiple felonies involving fraud or embezzlement.  Otherwise, all felonies are punishable by state prison custody unless the governing statute states that the offense is punishable pursuant to Penal Code § 1170(h), which means county jail is where the sentence will presumptively be served.

These sentencing guidelines seem rather straight forward, but legislatures often cannot predict how reality proceeds, testing the clarity of the statutes. 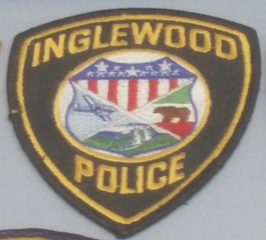 Inglewood PD Patch
The case of Ryan Allen Butcher out of the Inglewood Superior Court bore this truth out.  Butcher was arrested in April of 2012 for felony grand theft of personal property and felony evading a police officer (Vehicle Code § 2800.2(a)).  In plea negotiations, the theft charge was dismissed and Mr. Butcher received a three year prison sentence, suspended.  He was ordered to three years of formal probation, including service of 365 days in county jail.  As with all probation, he was required to “obey all laws and court orders.
Several months later, on January 23, 2012, Mr. Butcher was arrested on a new felony offense and his probation was revoked.  Later, the prosecutor was unable to proceed on the new felony case and it was dismissed.  Mr. Butcher was then reinstated on probation on the felony evading arrest case.

Two months later, in March of 2013, Mr. Butcher was again arrested and charged with possession of methamphetamine.  He pled no contest to the possession case and, it would seem, was subject to the judge imposing the three year prison sentence, ordered on the felony evading arrest case.

However, Judge Lauren Weis Birnstein patiently reinstated him on probation and imposed just 42 days of county jail.  Probation was then modified with an additional requirement that prohibited the consumption of alcohol and drugs.

Another five weeks later, Mr. Butcher was arrested for making criminal threats.  He was then charged with violating Penal Code § 422, but three months later was able to plea bargain to a violation of Penal Code § 71 instead, threatening a public officer.  The judge found he had violated his probation on the felony evading arrest case and finally revoked probation.

Butcher was remanded immediately.  On his plea to threatening a public officer, Butcher was placed on three years of formal probation with an order that he serve one year in county jail.  The big questions was whether the three year prison sentence, now imposed on the felony evading arrest case, would be served in county jail or state prison?

Judge Birnstein ruled that Vehicle Code § 2800.2, felony evading arrest, is a straight prison sentence.  It is not subject to the provisions of Penal Code § 1170(h).

Butcher appealed the state prison sentence, contending that because the principal term was a violation of Penal Code § 71, threatening a public officer, he was subject to county jail.  Consequently, the probation violation must be served in county jail.

The Second Appellate District, in People v. Ryan Allen Butcher (2016 DJDAR 4458), began its analysis by clarifying that the principal term was the Vehicle Code § 2800.2(a) term and the subordinate term was the Penal Code § 71 term.