Our client was coming home from work rather late.  He wanted nothing more than to sleep soundly when he got home.  He stopped by a collective and then proceeded in the direction of home.

In a Nutshell:  Client cited in Inglewood for driving while in the possession of marijuana (Vehicle Code § 23222(b)), but he had a medical marijuana recommendation card (this was before Prop 64 was passed).  Client also ticketed for driving on a suspended license.  Case dismissed after client goes to DMV and gets his driving record printout showing his license was reinstated.

The officer quickly pulled over our client and smelled the odor of marijuana.  He asked our client if he had any marijuana, which our client explained he did with his medical use recommendation.  The police officer was dubious of the recommendation, tossing it to the ground.  He then ran our client’s drivers license and found out that our client’s license was suspended since 2008 for a DUI conviction (it was now 2015).

The officer asked our client if he was aware of this and our client replied that he had the suspension lifted about six years earlier.  He told the police officer that his computer may be inaccurate, which the officer found an audacious display of bravado. 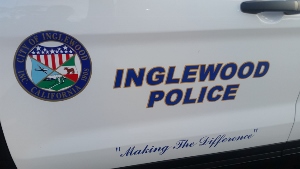 The officer then told our client that he ought to arrest him immediately and haul him into jail, but that he would instead let him off easy with a promise to appear in court in Inglewood in a few weeks, which our client signed.

The client then did appear, but curiously the District Attorney reported that the driver’s license had been instead suspended for a failure to appear from 2012.  She was willing to dismiss the driving with marijuana charge because our client showed her the medical use recommendation.

The public defender defending our client was not too helpful and explained to him that the prosecutor was nice insofar as she agreed to amend the complain to allege another form of driving with a suspended license so the client would avoid serving time in jail.

The offer, however, was to dismiss the driving with marijuana charge (a violation of Vehicle Code § 23222(b)) and allow our client to serve three years on summary probation and pay a $400 fine, plus penalties and assessments for the driving on a suspended license.  It was such a seemingly crazy high offer that the client called Greg Hill & Associates.

Greg discussed the case with the client, who insisted his license was not suspended at the time.  Greg suggested the client go to the DMV and get a DMV printout from them to clarify once and for all what the status of his driver’s license was on the day of the traffic stop.

The client did so, even having the DMV stamp the original copy with its seal to show it was authentic.  Greg was then given the printout, which he looked through and confirmed that the license indeed was not suspended (or revoked) on the day of the traffic stop.

Greg then took this to court and showed the prosecutor, who double-checked the record by having the court clerk run an updated DMV history for our client.  She spent over ten minutes looking over two sheets of paper, finally looking up and sighing, “you are right.”  I will ask the judge to dismiss the case in the interests of justice under Penal Code § 1385.

The prosecutor then made this request and the judge did dismiss the case.  This little bit of extra work in getting a current DMV printout showed that police computer was indeed inaccurate, vindicating our client.