A motion to with withdraw a plea is often confused with a motion to vacate a conviction.  The distinction between the two, however, is extremely important because a motion to withdraw a plea must normally be made within six months of a plea granting probation, or before sentencing.  A motion to vacate a judgment, however, must be brought with “reasonable diligence, which can be quite a bit longer.  People v. Totari (2003) 111 Cal.App.4th 1202, 1208.

In the case of someone facing deportation proceedings, this distinction is crucial because the person subject to deportation may not become aware of the immigration consequences of a plea until many years later, which is far beyond the six months that many attorneys always apply.

The Reader’s Digest Version: Penal Code § 1016.5 permits a defendant to withdraw a plea of guility or no contest if she was not warned of the immigration consequences of such a plea and that person can demonstrate prejudice from not being so advised (and instead taking the plea), rather than going to trial.  In the following case, the Sixth Appellate District Court helped find such prejudice for a man from Eritrea conviced 24 years earlier.

The case of Binian Asghedom serves as a good example for anyone facing deportation over an old conviction.  Mr. Asghedom emigrated with his family from Eritrea to the United States in 1989 when he was twelve years old.
As the reader of this article may know, Eritrea was embroiled in a long civil war at the time.  Mr. Asghedom then became a lawful permanent resident of the United States.  He did not become a citizen; instead he remained a citizen of Eritrea. 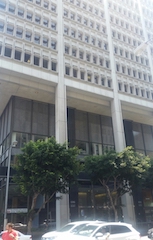 Immigration Court Downton Los Angeles
In December, 1988, when he was twenty, police saw Mr. Asghedom exchange something with another man in his driveway in Santa Clara County.  Police suspected it was drugs.  When the men saw the police, they ran.  As the officers were chasing the pair, Mr. Asghedom dropped a loaded handgun on the ground.  Police also saw Mr. Asghedom throw a plastic baggie onto the porch of a residence and then sit down on the porch.
The baggie had ten to fifteen rock cocaine pieces.  Mr. Asghedom, at the time, was under the influence of cocaine.  He also had a glass pipe that contained cocaine residue.

In July, 1989, Mr. Asghedom entered into a plea bargain in exchange for three years of formal probation, conditioned on his serving a one year jail term.  The record did not include any mention of the judge advising Mr. Asghedom of the immigration consequences.

In 1992, he violated probation by failing to maintain contact with his probation officer and testing positive for cocaine.  His probation was modified and extended.  He also was ordered to serve sixty days in jail.

In 2004, he went overseas on a trip.  When he returned in September, 2004, he was deemed “not admitted” based on his 1989 felony conviction.  Nevertheless, he was apparently allowed to enter and remain in the United States.  In February, 2013, he was finally detained subject to a deportation order and an “ICE (Immigration and Customs Enforcement) hold.”

He was 44 years old and being subject to deportation for a conviction 24 years earlier.  He now had an adult daughter who was a U.S. citizen.

The code section then states: “Absent a record that the court provided the advisement required by this section, the defendant shall be presumed not to have received the required advisement.”  Penal Code § 1016.5(b).

To prevail on such a motion, defendant must establish that he or she was prejudiced by the nonadvisement, i.e. if properly advised, he or she would not have pleaded guilty or nolo contendere.”  People v. Dubon (2001) 90 Cal.App.4th 994, 951-952.

The trial court denied Mr. Asghedom’s motion, finding that he failed to show prejudice because he did not present sufficient credible evidence that he would not have pleaded guilty had he been properly advised of the immigration consequences.

Mr. Asghedom then appealed to the Sixth Appellate District, which reversed the trial court (2016 DJDAR 103, People v. Biniam Ashghedom).  The appellate court reasoned that Mr. Asghedom had nothing to gain by pleading guilty at the time because he would have been granted probation regardless.  He could have avoided the immigration consequences if he knew about them and fought the charges and won.  If he lost at trial, he still would have been granted probation.

Thus, the appellate court found that Mr. Asghedom had shown prejudice, although it seems Mr. Asghedom did not articulate the reasoning the appellate court explained.
The citation for the Sixth Appellate District Court ruling discussed above is People v. Biniam Ashghedom (6th App. Dist., 2015) 243 Cal.App.4th 718.
For more information about immigration issues and withdrawing a plea, please click on the following articles:
Contact us.