Home
Other Information
Criminal Defense Articles
I Want to Change the Courthouse (Venue) for My Case. Can I?

I Want to Change the Courthouse (Venue) for My Case. Can I?

It is not unusual for a client to ask us if he or she can transfer a case to another courthouse, often outside the county.  Sometimes, the client will ask to transfer the case to another state.  The reason may be because he or she feels “all the judges know me and don’t like me” or “my friend was convicted there – the juries are prejudiced” or “I think everyone in this city loves the police too much.”

Brief Synopsis: A motion to transfer a state court case from one courthouse to another, often in another county, is based upon an argument that a “fair and impartial trial cannot be held in the county” usually due to news coverage and/or the popularity and prominence of the defendant.

Our usual answer of no to the question is a disappointment to the client.  We then explain that Penal Code § 1033(b) states that venue must be changed to another county on the defendant’s motion when it appears that a fair and impartial trial cannot be held in the county.  Interestingly, section 1033 applies to even misdemeanor cases (Steffen v. Municipal Court (1978) 80 Cal.App.3d 623, 145 Cal.Rptr. 782), however, such a motion is exceedingly rare.

Section 1033 is a codification of the standard set by the California Supreme Court in Maine v. Superior Court (1968) 68 Cal.2d 375, wherein the court held that the determination of whether a fair and impartial trial can be held may be based upon evidence such as qualified public opinion surveys or opinion testimony offered by individuals, or on the court’s own evaluation of the nature, frequency and timing of the facts and allegations involved.  Maine, at 383. 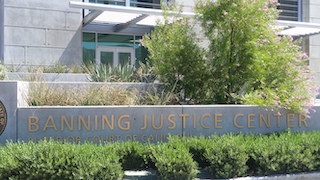 The most common reason for requesting a change of venue is pretrial publicity.  However, it can be brought for other reasons, such as in the case of Hootie Croy.  In Croy’s case, the state Supreme Court reversed his conviction for capital murder.  The case was then remanded back to the same trial court and Croy successfully argued a change of venue motion based on historical and continuing prejudice against Indians in one of the Gold Rush counties. People v. Croy (1985) 41 Cal.3d 1, 221 Cal.Rptr. 592.

A good attorney seeking a change of venue will analyze each factor separately and thoroughly to show a change of venue is proper.  The attorney will want to include declarations from leading public opinion experts and public opinion surveys, if available.  If there has been a great deal of pretrial publicity, it would be smart to include as many articles as possible from the local area newspapers showing that the newspaper had already condemned defendant or concluded his guilt.

If a motion for change of venue is granted, the parties can make suggestions of where they wish to have the case transferred.  The judge granting the motion then informs the presiding judge of his or her court.  The presiding judge then notifies the Administrative Director of the Courts who then advises the transferring court which courts would not be unduly burdened by the transfer of the case.  The only aspect of the case that is then transferred is the trial itself.  All pretrial proceedings of the case remain heard in the transferring court except when the trial judge must rule on a matter regarding trial.

For more information about court in general, please click on the following articles:
Contact us.
Serving Torrance, Long Beach, Compton, Airport Courthouses and Other Courthouses.