Home
Other Information
Criminal Defense Articles
How Do I Get My Driver’s License Back After a DUI?

How Do I Get My Driver’s License Back After a DUI?

When one is arrested on suspicion of having driven under the influence of either alcohol or drugs, the police officer takes the driver’s license and mails it to the DMV.

How does one get the license back?   One of my clients frankly told me he went to the DMV immediately after his DUI and told the DUI he misplaced his license and was reissued one immediately.  We do not recommend this, as it is dishonest and perhaps may even constitute criminal perjury because one must sign a declaration that the license was misplaced, which would be untrue.
How one gets one’s license back is printed on the DS-367 and on the DMV ruling after an admin per se (“DMV Hearing for DUI”), usually just after the signature from the DMV Hearing Officer.  One needs to go to the DMV (we recommend making a reservation online beforehand to avoid the notoriously long lines at the DMV) with three things:
The natural question which often follows is whether the DMV will require that the driver install an ignition interlock device as a precondition for issuance of a restricted license.  The DMV does not require this if one is seeking a restricted license after a DMV admin per se hearing, but it will require an IID installation after a conviction (in court) for DUI. 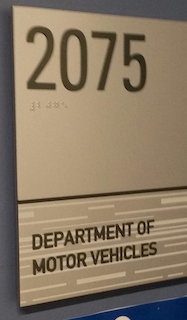 The above waiting periods do not apply if one refused to submit to a breath or blood test.

Following implementation of SB1046 on January 1, 2019, an “early incentive” program was implemented wherein a driver arrested for DUI can preserve his or her full driving privileges by installing an ignition interlock device (IID) before the DMV imposes its suspension or before the judge convicts one of DUI.  This new bill’s purpose was to prevent the disruption of a suspended license on a driver’s work and family duties such as driving children to school, etc.

The benefits and provisions of SB1046 are excluded from those who refuse to submit to a breath or blood test after an arrest for DUI or who cause an injury incident to the DUI.
We recommend that our clients always keep in mind a critical needs license as well.  A critical needs license is a restricted license that is often only associated with under-21 drivers convicted of DUI, a minor in possession of alcohol (Business & Professions Code § 25662, resulting in a one-year driver’s license suspension) or vandalism (Penal Code § 594, resulting in a one-years license suspension).  However, a driver over age 21 can also apply for such a license and we have had several clients successfully petition the DMV for such a license.
For more information about the DMV and restricted license issues, please click on the following articles:
Contact us.
Serving Torrance, Long Beach, Compton, Airport Courthouses and Other Courthouses.