Our client was heading back to his car after a Saturday night out with his friends in Hermosa Beach.  They had watched the NBA Finals at American Junkie, had dinner and a few beers.  It was about 1:30 a.m. Sunday morning. 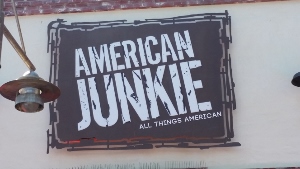 His car was parked up in one of the neighborhood streets a few blocks away.  If the reader of this summary has read a few other summaries of public urination cases in Hermosa Beach, he or she should recognize that our client’s destination distanced him from the two most common areas in Hermosa Beach where the majority of public urination tickets are issued: the new concrete parking structure to the north of Pier Plaza and the ground-level parking lot, especially near the taxi stop, to the south of Pier Plaza.

In a Nutshell:  Client ticketed for “public nuisance,” Penal Code § 372 for urinating in public in Hermosa Beach about three blocks away from the Pier Plaza area.  Misdemeanor charge dismissed and case resolved as an infraction upon client’s payment of $550 to the City of Hermosa Beach and $150 to the Los Angeles Superior Court.  No probation.

One might expect our client to therefore avoid a ticket if he were to urinate in public away from these two areas, but this was not the case at all.  Nearly three blocks away from the Pier Plaza bars and restaurants, our client decided to urinate behind a dumpster that was situated on the street.  He was trying to avoid letting the public see him.

Just as he finished up his business, a uniformed police officer approached him and asked him to produce identification.  Our client did, while the officer advised him that urinating in public was illegal and a misdemeanor.  The officer then used our client’s driver’s license to fill in a ticket for violating Penal Code § 372 (“Public Nuisance”).  The officer then had our client sign a promise to appear in the Torrance Superior Court about two months later.

When the client, age 25, got home in Burbank, his worries about a conviction for a misdemeanor had increased to concerns that such a mark on his criminal history might mean he’d lose his job or be unable to get a job in the future.  He had no criminal history before this ticket.

He also thought he might have to register as a sex offender due to the nature of the charge being related to public conduct and a sex organ.

The following Monday, he called Greg Hill & Associates and spoke to Greg Hill.  Greg immediately told the client that he would not have to register as a sex offender, greatly reducing our client’s stress level.  He then explained how the Redondo Beach City Prosecutor’s office usually prosecuted such matters (the Redondo Beach City Prosecutor’s office handles certain criminal cases arising in Hermosa Beach) and how he hoped that the client would be eligible for a reduction of the charge to an infraction-level charge of disturbing the peace (Penal Code § 415(2)) upon payment of a $700 fine to the City of Hermosa Beach.

Greg described how for years, he had been suggesting that the City of Hermosa Beach establish a separate fund for collecting fees in such cases, rather than having folks ticketed for this offense pay the Los Angeles Superior Court.  After all, the money paid to the Los Angeles Superior Court would not be directed back to the City of Hermosa Beach for improving lighting around the public restrooms, placing signage to direct people to the public restrooms or even building new public restrooms so the parking lots did not continue to smell like urine.

In the previous week, the City of Hermosa Beach had finally established a Nuisance Abatement and Restrooms Fund to which those with no prior history cited for public nuisance would be asked to make a $700 “donation” in exchange for a reduction of the charge to an infraction and no probation.

Greg explained these developments to the client and then appeared in court for him in Torrance.  The Redondo Beach City Prosecutor’s office did indeed offer to reduce the offense to an infraction upon our client making such a “donation.”  This was a $420 savings over what our client would have faced just two months earlier, when such cases were resolved for a $250 fine, plus penalties and assessments for a total of $1,120, payable to the Los Angeles Superior Court.

The client was happy to avoid a misdemeanor on his criminal history and thankful to save $420 as well.

For more information about public urination, click on the following articles:
Contact us.
Serving Torrance, Long Beach, Compton, Airport Courthouses and Other Courthouses.