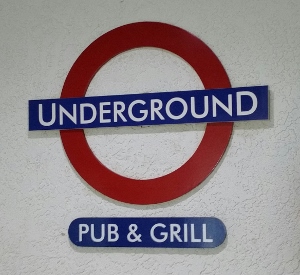 The bouncer at the back, upper entrance to the club could tell our client had been drinking already and told him he could not enter.  This upset our client enormously, as he felt the bouncer was discriminating against him.

The manager disagreed with our client, saying he appeared drunk and because he was persisting in arguing, with no chance of changing the manager’s mind, the manager had his staff summon the Hermosa Beach Police Department.

The police arrived and the manager was asked if our client had just argued, or engaged in any type of fight.  The manager, sensing the police would leave if he told him there was only an argument, told the police our client had pushed him in anger for not allowing him into the Underground.

The client was then promptly arrested.  He was reportedly standing with “his fists clenched” and “highly agitated.”  The police transported our client to the jail and made him spend the night there, until the effects of alcohol decreased as the alcohol metabolized.  The client was then released.  His promise to appear, which he signed, stated that the basis for his arrest was public intoxication (Penal Code § 647(f)) only.

Several weeks after being released, he called friends to ask what he could do.  One of his friends recommended Greg Hill & Associates, so he called our office.  The client then spoke with Greg Hill and described the events outside the Underground.  He stated that the manager clearly lied to the police, but stated he had tried to start a fight, but never touched anyone.  Greg asked further questions about this, concerned that the prosecutor might file charges of criminal threats (Penal Code § 422), which can be not only a felony, but a strike offense.

The client tried to assure Greg that the “police only charged me with” public intoxication, which Greg explained was not really true.  Greg explained that the charges would be determined by the Redondo Beach City Prosecutor if the case was filed as a misdemeanor and the District Attorney if felony charges were filed.  Greg explained how the police report is read by the prosecutor and then the charges are decided upon.  However, the initial reason for the arrest is often the only charges that are filed.

Greg, however, promised the client that he would seek judicial diversion if possible for the client, which would allow the client to avoid a conviction and have the case dismissed.

Greg then appeared in the Torrance Superior Court on behalf of our client.  As Greg had explained to the client, the prosecutor could add (or delete) charges that the police suggested.  In our client’s case, the Redondo Beach City Prosecutor added two charges against our client: batter (Penal Code § 242) for his push of the Underground manager and disturbing the peace for fighting in public (Penal Code § 415(1)).

This meant the client’s eligibility for judicial diversion and “earning a dismissal” was no longer so clear.  After all, crimes of violence are ineligible for judicial diversion (i.e. domestic violence).  However, Greg asked the Torrance Superior Court judge to find our client eligible because the manager was not injured.  The manager did not fall down.  He was just shoved, if the police report were accurate.

The Redondo Beach City Prosecutor became quite emotional about this argument, claiming the incident was certainly a clear case of violence.  Greg countered that the promise to appear in the case was for public intoxication, not battery, meaning the police considered public intoxication the fundamental nature of the crime, not violence.

The Torrance judge fortunately agreed with Greg and granted judicial diversion for our client.  The terms were that over the next year, the client would have to perform 40 hours of community service and attend ten anger management classes, as well as stay away from the Underground and the Pier Plaza area of downtown Hermosa Beach.

The client was relieved that he had hired Greg to argue the incident was not one of violence and that the judge agreed, allowing our client to “earn a dismissal” and keep his criminal history free of any conviction.

For more information about battery, public intoxication and disturbing the peace, please click on the following articles:
Contact us.
Serving Torrance, Long Beach, Compton, Airport Courthouses and Other Courthouses.