Our client, age 39, had three children with his girlfriend, age 30.  The children, two boys and girl, were six, four and two years old.  The financial stress of raising a family and his unstable job as a carpenter made the home environment a place of constant argument.

In 2012, the tension erupted to the point where our client vandalized his girlfriend’s car.  When the Gardena police department arrived, our client fought with the police and was arrested.  He was eventually charged with misdemeanor vandalism (Penal Code § 594(a)) and obstructing a police officer (Penal Code § 148(a)(2)).  The case was resolved with a plea to vandalism and the client being placed on three years of summary probation, having to take 26 anger management classes and payment of $825 in court fees, plus restitution.

In a Nutshell:  Our client strangles his girlfriend and mother of their three children.  At the time, our client was on probation for vandalism to his girlfriend’s car and own recognizance release for misdemeanor battery against her.  Case resolved in Torrance Superior Court for 90 days in county jail.

While this seemed to resolve the case, it did not erase the police officers’ memory of our client and his disrespectful behavior toward them.

During probation, the client violated probation several times and probation was extended into 2017.

In early 2016, our client and his girlfriend got in an argument over one of their young boys sitting on a family room couch with his pants soaked from urinating on himself.  The boy had just stopped using diapers and had an accident.

The argument escalated to the point that our client allegedly pushed down his girlfriend and kicked her on the leg.  She pushed him back and called the police.  The Gardena police department responded and, as coincidence would be, the same officers that our client had obstructed four years earlier arrived.  The officers remembered our client, arrested our client and wrote up a report with multiple exaggerations.

Our client was cited out on a violation of Penal Code § 243(e)(1) (“Battery upon a Cohabitant or Spouse) with a promise to appear in the Torrance Superior Court several months later.

In the meantime, our client and his girlfriend got into a further physical altercation wherein our client allegedly choked his girlfriend, punched her in the face and told her he was going to kill her.  The neighbors heard the commotion and called the Gardena Police Department.

The same officers as before responded, but when they arrived, our client left out the back door.  A report was taken, wherein the girlfriend showed the police a large knot on her forehead and red marks on her neck.

Our client then moved out and relocated to Porter Ranch, some 50 miles away from Gardena. 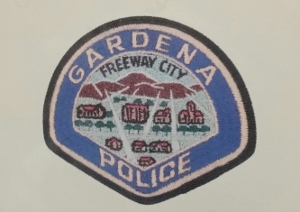 At the arraignment on the 243(e)(1) charge, our client planned on using the public defender to save money.  The District Attorney handling the case advised the judge that our client had picked up a further new domestic violence case involving chocking the same victim and punching her in the face.  The commissioner handling the case remanded our client into custody, setting bail at $50,000 for the new case (involving the choking) and $20,000 on the 243(e)(1) matter.

The girlfriend, who needed our client’s earnings to pay for the couple’s three young children, called up Greg Hill & Associates at approximately 11:30 a.m. in a panic, very concerned that our client would lose his job and she would then lose the financial support she depended upon.

She then retained Greg Hill & Associates to immediately work on the case to have the father of her three children released.

Greg immediately drove to the courthouse, talked to the District Attorney about the offer to resolve both cases that afternoon.  The District Attorney explained the offer and Greg then met with the client, in custody in the Torrance Courthouse.  The offer involved the client serving 90 days in custody, being on three years of summary probation, making a $500 contribution to a victims of domestic violence fund and attending 52 batterer’s program classes.

The client was interested in accepting the deal, but he could not serve 90 days in county jail immediately.

Greg thus negotiated and successfully argued to the judge that our client be allowed a surrender date six weeks later, to allow the client time to arrange his affairs.

The District Attorney opposed such a delay in serving his time, however, Greg suggested that the Client be released on condition that he wear a Sentinel GPS monitor to track his whereabouts for the next six weeks until he surrendered.  The judge reluctantly agreed to this.

The client was extremely happy with this to avoid paying the bail and to be able to return to work in the next few days to arrange a leave of absence to serve his time.

For more information about domestic violence and Sentinel, please click on the following articles:
Contact us.
Serving Torrance, Long Beach, Compton, Airport Courthouses and Other Courthouses.