Our client, age 44, was out at the bars in downtown Fullerton.  It was a warm early summer evening.  She had enjoyed herself with friends from work.  She exited the last bar they had patronized on Commonwealth Avenue.  She then thought about how to find her car.  It was 2:10 a.m. and the bars had just closed.

Brief Synopsis:  Female client, age 44 and on probation for DUI in San Bernardino, ticketed for public urination in Fullerton.  Misdemeanor case reduced to an infraction with court fine of $280.

The client had a long drive back to Apple Valley, where she lived.  She had just stepped out of the bar, only to realize she needed to go back inside to use the restroom before the long drive.
She knocked on the door to the bar, but the staff were unwilling to let her in.  Frustrated, she walked back towards her car when she saw her opportunity to make the drive less uncomfortable.
She decided to urinate between two large trash dumpsters where she thought no one could see her.  After all, it was dark and there was not too much light shining in the general area, or in the shadows created by the dumpsters.
Just as she finished relieving herself and buttoned up her pants, a uniformed police officer on foot approached her and asked her if she had just urinated between the trash dumpsters.  Our client admitted that she had just done so.
The officer then asked for her driver’s license and filled in a ticket for her to sign as a promise to appear in the Fullerton Superior Court in about four weeks.
The ticket was marked as a misdemeanor, which caused our client concern because she was on summary probation for a second-time DUI out of the San Bernardino Superior Court.  She had only completed about seven months of probation when the public urination ticket was issued to her.
For three weeks, our client did nothing.  She was not only very busy at work, but she simply did not know how to handle the ticket.  She was not sure how serious the crime was, even though the ticket was marked as a misdemeanor, like her DUI.
The San Bernardino judge in her most recent DUI had warned her very sternly not to consume alcohol in any way and not to “frequent places where alcohol is the chief item of sale” (which is often an illegal condition of probation).  She was not sure if the San Bernardino judge would find out about the Fullerton ticket and if he’d consider it related to consuming alcohol.  After all, the ticket was issued just after the time the bars close.
She finally called Greg Hill & Associates and spoke to Greg Hill about her ticket and her probation for her second DUI.  Greg explained what he hoped to do to help her avoid the probation violation: ask to reduce the misdemeanor to an infraction, but warned that if the Fullerton City Attorney was aware of the prior DUI’s, he may not agree to reduce the misdemeanor to an infraction. 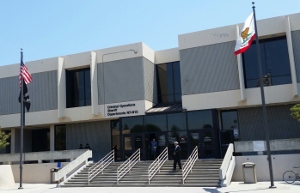 Fullerton Superior Courthouse
On the day of the arraignment, Greg appeared on the client’s behalf in the Fullerton Superior Court.  Luckily, the Fullerton City Prosecutor in court that day was one Greg had good rapport with from prior cases (and was a veteran like Greg), so he did reduce the misdemeanor to an infraction, with only a $280 fine.  The Fullerton City Attorney was very cordial.
Greg then paid the court fine the same day from the retainer fee the client had paid.  The retainer did not provide for this payment (such fines are the separate obligation of the client), but Greg thought it was the right thing to do.  He knew the client had a lot of pressure on her.  He also knew she would be happy with this.
Greg did not thereafter request that the client repay him the $280.  The client was very pleased with the outcome and Greg’s gesture.

For more information about public urination and infraction issues, please click on the following articles:
Contact us.