In sex offense cases, it often seems that the law is applied with a heavy hand.  This heavy hand can be mistaken because of the myriad of regulations that strain to preserve individual liberty and privacy rights of the offender while balancing the need for public safety.  Sadly, because many sex offenders have been abandoned by their family and friends, the offender lacks the financial ability to appeal legally improper sentences or probation conditions.

The case of Richard Lynch in Solano County exemplifies this situation except Mr. Lynch did appeal.

Almost a year later, he reached a plea bargain.  The judge placed Lynch on three years of formal probation with many probationary conditions.  One was that he could not “reside within 2,000 feet of any public or private school, or park where children regularly gather.”  This restriction was based on the text of Penal Code § 3003.5(b). 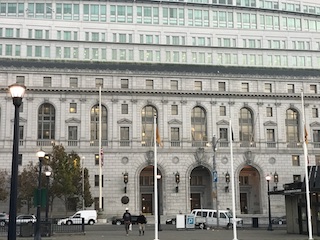 Court of Appeal First Appellate District San Francisco
Lynch appealed the residency restriction in his probation conditions.  He argued that Penal Code § 3003.5(b) only applies to registered sex offenders who are on parole.  Lynch was only on probation, so he argued it could not be applied to him.  At sentencing, defense counsel objected to this condition and the DA responded by arguing that the residency restriction applied to all section 290 registrants.
The trial court judge said it would not impose such a restriction if it had the discretion to do so, as Lynch was being sentenced to probation.  However, the court believed the condition was mandatory and thus, imposed the restriction.

Lynch’s appeal was filed with the First Appellate District, which noted from the outset that Section 3003.5(a) states, “Notwithstanding any other provision of law, when a person is released on parole after having served a term of imprisonment in state prison for any offense for which registration is required pursuant to Section 290, that person may not, during the period of parole, reside in any single family dwelling with any other person also required to register pursuant to Penal Code § 290, unless the persons are related by blood, marriage or adoption.”  The exact reason why the court of appeal cited to this provision is unclear, however, it seems that it was cited to show that Section 3003.5 applies to only people on parole.

Penal Code § 3003.5(b), adopted later with the passage of Proposition 83 (Jessica’s Law) in 2006, states, “notwithstanding any other provision of law, it is unlawful for any person for whom registration is required pursuant to Section 240 to reside within 2000 feet of any public or private school, or park where children regularly gather.”  Subsection (b) does not mention parole or probation being a requirement.

The appellate court also noted that in People v. Mosley (2015) 60 Cal.4th 1044, 1048, the residency restrictions in subsection (b), “as a matter of statutory intent, apply only to parolees while they are on parole, and have no effect on nonparolee misdemeanants.”  Id at 1051.

Lastly, the appellate court noted that Jessica’s Law included (a) of 3003.5, and then added (b), so it seems that the residency restrictions certainly only applied to parolees.