Our 20 year-old client had a promising life ahead of him.  He had graduated from high school with good grades and had completed several semesters at a local, four year college.

His ambition was to go to medical school and become a medical doctor.

He also battled depression and an appetite for prostitutes.  This latter weakness landed him in trouble in the Riverside Superior Court.

Synopsis:  Client arrested for solicitation of prostitution (Penal Code § 647(b)) in Riverside after showing up at a hotel as directed by a supposed woman (a cop) on Backpage.  Case dismissed after client completed diversion.

Our client had visited the escorts section on Backpage.com and responded to an advertisement posted by the Corona Police Department for “Blond Super Cutie Party Girl 23.  Let’s Party at my place.”  He texted the number contained in the advertisement and asked if the girl was available, as well as “hhr and hr rates.”  This asked for her half hour and hourly fee.

The police officer, a man, assigned to the number responded, “80qq/100hhr/160hr.  fs and bj. GFE is you like.”  Our client responded, “Awesome .”  He then asked for a location and was directed to a specific room in a local hotel.
At about 1:15 p.m. in the afternoon, he then went to the hotel, knocked on the door and was greeted by a police officer, who arrested our client immediately.

The officer asked to look at our client’s cell phone, which our client permitted.  The officer took pictures of several screens.

While our client was watching the officer look through his phone, he confided that he had come to the hotel to meet with a person he found in the escorts section on Backpage.com.

The client immediately called Greg Hill & Associates and spoke with Greg Hill.  Greg listened to the client explain what happened and how much this arrest had caused him to take stock of himself.  Greg then explained how such cases are often handled in Riverside County and how “human trafficking” in the area has caused the prosecutors to be more difficult in plea negotiations.
Our client explained further how he wished to go to medical school one day, as he had volunteered at a local hospital and greatly enjoyed it.

Greg requested that the client send him his resume, a short biography and photocopies of any awards that he had received over the years.  The client immediately sent Greg about 40 pages of documents, including a four page autobiography. 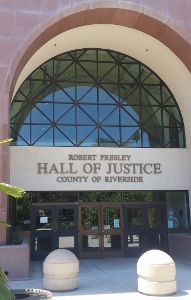 Greg then explained that the mere experience of his being arrested had caused him great embarrassment in his family, as the prosecutor might understand since she may have a similar family atmosphere.  Greg explained how our client’s parents had pressured him constantly into going to a good school to become a doctor and this run-in with a prostitute was related to his poor handling of the family pressure.

The prosecutor then changed her offer dramatically and extended an offer of diversion, wherein our client would “earn a dismissal” is he performed 40 hours of community service, attended an AIDS education course and stayed out of trouble for three years.  The client would also be required to pay a court fee of almost $700.

The client was overjoyed at this second chance and the fact that he would avoid a conviction.  He did accept the offer, intent on preserving his dreams of medical school.