Home
Other Information
Criminal Defense Articles
Can Prop 47 Change a Federal Sentence of Life in Prison?

Can Prop 47 Change a Federal Sentence of Life in Prison?

The reader of the title to the article may answer the question posed with a quick answer of no without considering how a prior state court felony conviction can lead to life imprisonment in federal prison.

The Gist of this Article: While Prop 47 may lead to reduction of certain felony drug possession convictions to misdemeanors, such reductions are ignored by federal law in sentencing: the convictions remain felonies because they were felonies when defendant was so sentenced and the federal sentence of life in prison is unaffected.

21 U.S.C. § 841(b)(1)(A) imposes a mandatory life sentence in federal prison if a defendant commits a federal drug related crime after suffering “two or more prior convictions for a felony drug offense have become final.”  A “felony drug offense” is “an offense that it punishable by imprisonment for more than one year under any law of the United States or a State foreign country.” 21 U.S.C. § 802 (44).  Any law could be the laws of California.

Jesse Vasquez was a mid-level leader in the Florencia Trece criminal street gang who was convicted of drug-related crimes for his part in the gang’s drug trafficking operations.  The judge sentenced him in 2010 to life imprisonment because of his two prior felony convictions in a California state court qualified him for a mandatory life sentence enhancement under 21 U.S.C. § 841.

In 2014, California voters adopted Proposition 47, which gave California judges the power to reclassify certain drug possession and minor theft felonies as misdemeanors, provided the convicted felon was not otherwise disqualified.

Jesse Vasquez then petitioned the sentencing judge to reclassify his felony drug possession convictions as misdemeanors.  The judge did so.  The judge was in Los Angeles County. 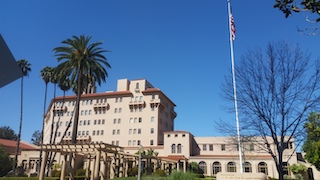 U.S. Ninth Circuit Court of Appeals Pasadena
Mr. Vasquez then appealed his federal enhancement, arguing it should be invalidated because he no longer stood convicted of one of the two prior state court felonies, which was for a violation of Health and Safety § 11350(a).

As Mr. Vasquez’s criminal history is common, i.e. someone sentenced to life in federal prison based on two or more California state court felonies subject to Prop 47 reclassification, the United States Court of Appeals for the Ninth Circuit took a look at the argument.  Moreover, it noted that there were nine other appeals seeking the same relief as Jesse Vasquez and consolidated them all into one case with Mr. Vasquez as the designated lead appellant.

Therefore, its written opinion is worth noting.  It held that Prop 47 does not change the “historical fact” that Vasquez violated § 841 “after two or more prior convictions for a felony drug offense had become final.” 21 U.S.C. § 841(b)(1)(A).

The U.S. Court of Appeals for the Ninth Circuit acknowledged Mr. Vasquez’s argument that because Prop 47 provides “any felony conviction that is recalled and resentenced… or designated as a misdemeanor, shall be considered a misdemeanor for all purposes.” California Penal Code § 1170.18(K).

However, the court of appeals also noted that Penal Code § 1170.18(n) states, “[n]othing in this and related sections is intended to diminish or abrogate the finality of judgments in any case not falling within the purviews of this act.”  A federal court and its sentencing authority is controlled by the U.S. Code, not the California Penal Code.  United States v. Norbury (9th Cir., 2007) 492 F.3d 1012, 1014.

Moreover, Proposition 47 does not “undo the finality of judgments under California law.”  To hold otherwise would essentially allow a California state court judge to veto federal sentences, which would divest the federal judge of such power.  In other words, the state court judge could “rewrite history” for purposes of interpreting federal criminal statutes, which should not be allowed. United States v. Bergeman (9th Cir., 1979) 59 2 F.2d 533, 536.  More pointedly, but by the Fifth Circuit, a federal judge wrote “[w]e are not bound by a [state laws] treatment of a felony conviction when we apply federal sentence enhancement provisions.” United States v. Morales (5th Cir., 1988) 854 F. 2d 65, 68.

We at Greg Hill & Associates understand the need to set limits in our law, such as the final judgment limit here at issue.  However, we wonder what the result would have been if Mr. Vasquez had gained Prop 47 relief before being sentenced in federal court for a life sentence.  Whether the court would rule the same way is to be determined certainly in a future published opinion, if it is not already being heard already with such an opinion being forthcoming soon.
The citation for the U.S. Ninth Circuit Court of Appeals ruling discussed above is United States v. Gilbert Olivia Diaz (9th Cir., 2016) 821 F.3d 1051.
For more information about Prop 47 consequences, please click on the following articles:
Contact us.