Can an Unconscious DUI Suspect Consent to BAC Test?

Over the last twenty-two years, our office has handled nearly a dozen DUI cases where the client was unconscious when police tried to administer a breath or blood test.  The client may have been knocked unconscious due to a car accident or by simply passing out due to intoxication.  Police officers usually do force a blood test, but often it is after three hours from the time when our client last drove.  This delay can create relevancy issues for the prosecution.

The Gist of this Article: A police officer may order the extraction of blood from an unconscious DUI driver without getting a warrant, the Sixth Appellate District held.  The court held that a warrant was required, but the officer’s good faith reliance on prior caselaw was reasonable, albeit incorrect.

In the Santa Clara County case of Marcus Arredondo, Mr. Arredondo flipped his jeep and lost consciousness.  The accident happened at around 11:00 p.m. and police forced a blood draw of the unconscious Arredondo at 1:05 a.m., well within three hours of his last driving.  The officer ordering the blood draw never sought a search warrant for the draw, either by affidavit or telephone.

Mr. Arredondo’s blood alcohol content was later measured and found to be above 0.08% by weight.  He was then charged with one count of felony driving under the influence of alcohol or drugs, causing injury; one felony count of driving with a blood alcohol content of .08% by weight and causing injury, as well as a misdemeanor count of driving without a license. 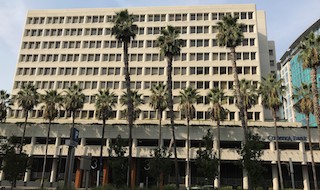 Court of Appeal Sixth Appellate District San Jose
Mr. Arredondo filed a motion to suppress evidence of his blood alcohol content from the warrantless extraction of his blood at the hospital.  The basis was that under the Fourth Amendment, the people of the U.S. have a right to the secure against unreasonable searches and seizures.  The extraction of blood from a person’s body for purposes of chemical testing constitutes a search and seizure for purpose of the Fourth Amendment. People v. Robinson (2014) 47 Cal. 4th 1104, 1119; see also Schmerber v. California (1966) 384 U.S. 757, 770.
Here, the search and seizure of Arredondo’s blood was without a search warrant.  The “basic” rule” is that “searches conducted outside the judicial process, without prior approval by judge or magistrate, are per se unreasonable under the Fourth Amendment - subject only to a few specifically established and well-delineated exceptions.” Arizona v. Gant (2009) 556 U.S. 332,338, quoting Katz v. United States (1967) 389 U.S. 347, 357.  A warrantless search is thus “presumptively unreasonable” if it does not fall into one of the exceptions, and hence unconstitutional. People v. Toure (2015) 232 Cal. App. 4th 1096, 1103.

In contesting Arredondo’s motion, the prosecution argued that the extraction was justified by exigent circumstances, statutorily implied consent based upon the officer’s good faith belief that the extraction was lawful in light of longstanding practice under prior case law, and his good-faith reliance on the implied consent statute (Vehicle Code § 23612(a)(1)(A) and (a)(5)).  The prosecution further argued that even if this consent was not itself sufficient to excuse the lack of a warrant, the officer relied upon the statue in good faith.

The court rejected the exigent circumstances excuse and his purported reason of reasonable reliance upon prior case law (before McNeely v. Missouri).

However, the court denied the motion to suppress on grounds that the defendant had consented to the blood draw pursuant to the implied consent statute.

Arredondo then entered a plea bargain and appealed the trial court’s ruling on the motion to suppress.  This appeal was filed in the Sixth Appellate District and was ruled on in People v. Marcus Arredondo (2016 DJDAR 1968).

The main argument that Arredondo made on appeal was that consent could not be imputed to an unconscious person under California’s implied consent law, making a warrant necessary.  Therefore, a warrant was necessary in his case and it was not obtained.  However, the Sixth Appellate Court found that the seizure was still proper based on the officer’s reasonable reliance on the prior case law, bringing the case within the “good faith” exception to the exclusionary rule.

We find this opinion significant in that the court suggested the good faith exception based on case law prior to McNeely would expire with time.  Just how quickly this will happen is unclear, but as criminal defense attorneys handling DUI cases frequently, we are pleased with the ruling that puts limits on the effect of implied consent.  Implied consent, after all is distinguishable from actual consent, as we believe the Fourth Amendment intended.
The citation for the Sixth Appellate District Court of Appeals ruling discussed above is People v. Marcus Arredondo (6th App. Dist., 2016) 245 Cal.App.4th 186.
For more information about consent to DUI tests and warrants that may be required, please click on the following articles:
Contact us.
Serving Torrance, Long Beach, Compton, Airport Courthouses and Other Courthouses.