Home
Other Information
Criminal Defense Articles
Can a Judge Increase a Sentence in Granting Prop 47 Relief?

Can a Judge Increase a Sentence in Granting Prop 47 Relief?

The answer to the question posed in the title is yes, which may come as a jarring surprise to many convicted felons who have hailed Proposition 47 as a godsend to allow early release from prison.  Rather than a windfall, resentencing under Prop 47 can be pyrrhic victory with the overall, aggregate sentence no shorter than the original sentence.

The case of Richard Cortez, out of Orange County, demonstrated how this was so and the Fourth District Court of Appeal affirmed the lower court’s ruling.

The judge sentenced him to three years of probation, conditioned upon serving 270 days in county jail.  Two years into probation, he violated probation for the second time and was sentenced to sixteen months in state prison on the felony and a concurrent term of six months in jail on each misdemeanor. 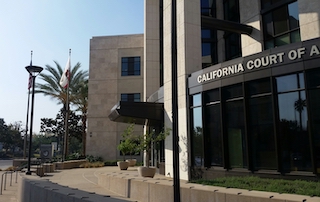 Court of Appeal 4th District Division 3 Orange County
After Proposition 47 was passed, Cortez filed a petition for resentencing.  The Orange County Superior Court judge hearing the petition granted it, but the windfall Cortez expected did not materialize at all.

Instead, the judge resentenced him on the felony to 364 days in county jail after reducing the felony to a misdemeanor, then added 129 days consecutive in county jail on the possession of drug paraphernalia and 129 days on the being under the influence, concurrent, for a total term of 493 days in county jail.  Cortez already had 494 days of custody credit at that point, so he was released.  Cortez was then placed on one year of parole under Penal Code, with one day of credit toward the one year.

Cortez appealed the sentence, however, presumably because a successful appeal would increase the days of credit toward the parole period.  Cortez argued that the judge lacked jurisdiction to resentence him on the two original misdemeanor counts.  This argument seems logical, at least at first blush, because the statute says, under Penal Code § 1170.18(b), if a petitioner is serving a qualifying felony sentence, “the petitioner’s felony sentence shall be recalled and the petitioner resentenced to a misdemeanor.”  This does not include resentencing the remaining parts of the sentence.

The court disagreed with this “myopic” focus on the words “felony sentence” to the overall context of the statute.  Subdivision (a) of 1170.18 is more general in wording, using the description “a sentence for a conviction,” rather than “a felony sentence only” in saying what is subject to recall and resentencing.  Moreover, to limit Prop 47 relief to those who were serving sentences only for felonies would be to ignore all those convicted of aggregate sentences, like Cortez here when the sentence is for multiple convictions, both felony and misdemeanor.

In addition, the appellate court reminded the reader that resentencing is supposed to occur as if Prop 47 was in effect at the time of the original sentencing.  Thus, the court would have had broad discretion to set a higher sentence on the two misdemeanor counts in light of the comparatively light sentence on the former felony count so that the overall sentence reflected the overall criminal conduct.

Consequently, the appellate court found no error in what the trial court did in increasing the term on the misdemeanor counts.  The trial court was within its discretion to revisit sentencing.  The original aggregate sentence was 488 days; however, the new sentence was 493 days.  As such the new term exceeded the original sentence, which the court found excessive, so it reduced it by five days to equal the original sentence.
The citation for the Fourth Appellate District Court ruling discussed above is People v. Richard Reyes Cortez (4th App. Dist., 2016) 3 Cal.App.5th 308.
For more information about Prop 47, please click on the following articles:
Contact us.